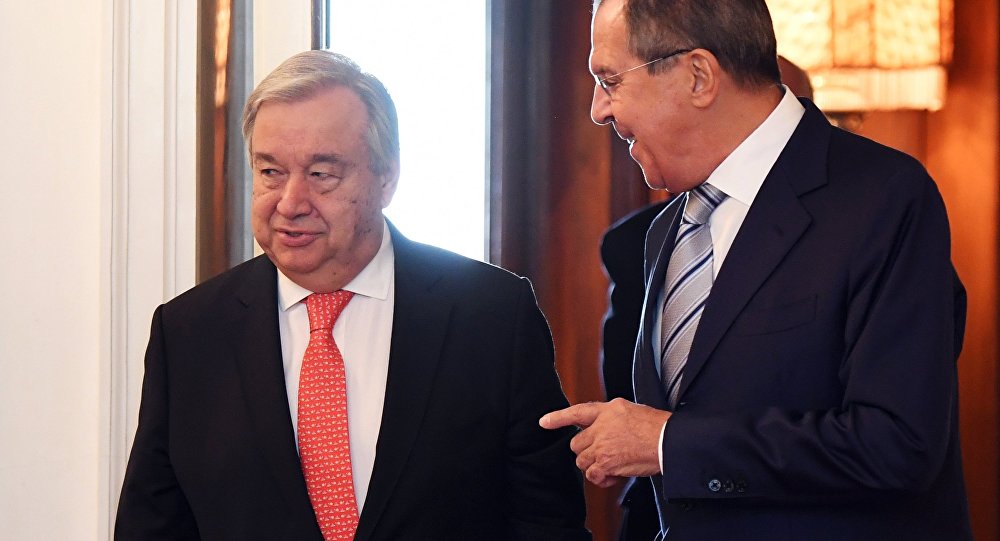 The agreement on Idlib was reached on September 17 by Russian President Vladimir Putin and his Turkish counterpart Recep Tayyip Erdogan. The deal is aimed at avoiding large-scale civilian casualties during the Syrian government forces' anti-terrorist offensive in the area. Guterres has already expressed his support for the agreement and called on the Syrian parties to implement it.

"The Secretary-General met with H.E. Mr. Sergey Lavrov, Minister for Foreign Affairs of the Russian Federation. They discussed the situation in Syria, with the Secretary-General welcoming the agreement reached on 17 September to create a demilitarized zone in Idlib," the statement, published late on Wednesday, read. 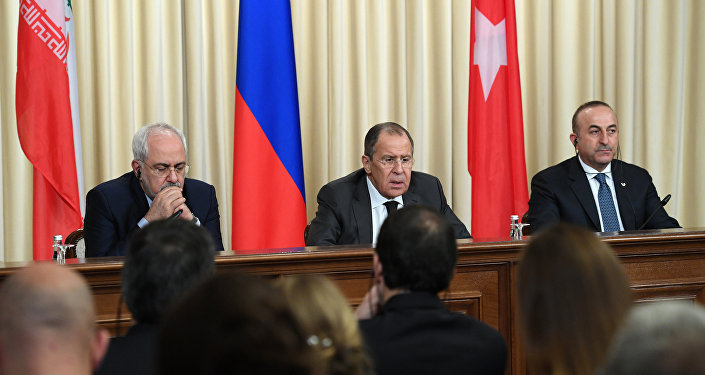 © AFP 2019 / Natalia KOLESNIKOVA
Russia, Turkey, Iran Discuss Situation on Ground in Idlib in Detail
During their talks, Guterres and Lavrov also exchanged views on the secretary-general's Action for Peacekeeping (A4P) initiative and other peace and security issues.

The meeting was held as part of Lavrov's visit to New York for the ongoing UN General Assembly session.

The Syrian military conflict between the government forces and various opposition and terror groups has been raging since 2011.

Over the past years, the authorities forces have recaptured vast territories once controlled by terrorists. Thus, the focus has shifted from anti-terror operations to the political settlement of the conflict. However, Idlib remains one of the areas where militants and terrorists are still active.