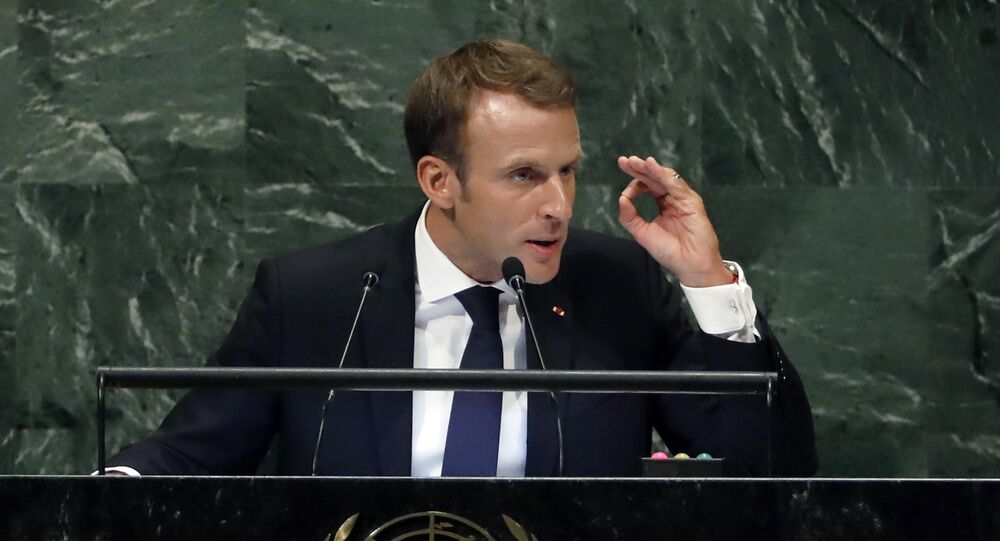 Daesh terror group* used chemical weapons during the fighting in Syria and Iraq. This was stated on Wednesday by French President Emmanuel Macron, speaking at a United Nations Security Council meeting devoted to countering the proliferation of weapons of mass destruction.

"ISIS [Daesh] used such weapons in Syria and Iraq," he said, referring to the situation with the spread of chemical weapons in the destabilized civil war of Syria.

© AFP 2021 / Ludovic Marin
France's President Macron Rejects Trade Deals With Nations Not Compliant With Paris Climate Accord
The previous week, member of the Syrian parliament Ahmad Kuzbari told Sputnik that the White Helmets and militants in Syria's Idlib were planning to film a false flag chemical attack in an attempt to mar the Syrian government.

French President also added that the international community must develop a long-term strategy for dealing with Iran that does not rely only on sanctions and containment, French President Emmanuel Macron said on Wednesday during a United Nations Security Council meeting.

"I think that we need to build together a long-term strategy in order to manage this crisis and it cannot boil down to just sanctions and containment," Macron said.

*Daesh is a terror organization banned in Russia, US and many other countries.