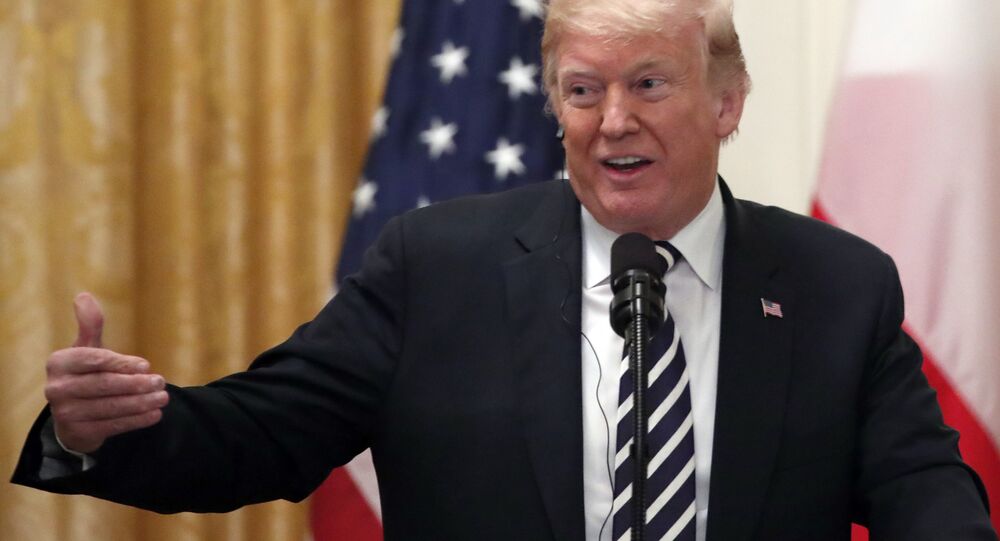 "I look forward to meeting him [Putin] again but we don’t have anything set," Trump told reporters at the United Nations in New York.

Earlier this month, Trump noted that his meeting with the Russian president was in Helsinki in July was one of his best meetings as president, adding that press criticized him unfairly for the reasonable stance during the summit with Putin.

The talks on July 16 in Helsinki were the only full-scale meeting of two politicians. The presidents discussed a wide range of bilateral and international issues during two-hours of one-on-one talks, including the Syrian crisis and situation in Ukraine.

Trump also unveiled that he would hold talks with the North Korean leader soon.

"I'll be meeting with Chairman Kim in the very near future. It will be announced," the US president stated.

The statement comes a day after Trump noted that the relationship between the United States and Iran could follow a path similar to the one between Washington and Pyongyang, in that the two countries came to the table for negotiations after exchanging harsh criticism.

Previously, he noted that the next meeting with Kim would be held in a similar format as the first, but the location has not been determined yet.

Putin and Kim were not the only leaders Trump said he would like to meet soon. According to the US President, he is ready for negotiations with President of Venezuela Nicolas Maduro as well.

The offer was made amid a new round of sanctions, Washington imposed on Venezuelan government members and President Nicolas Maduro's wife. As a result of the move, all property and interests in property of these individuals and entities that are either in the United States or in the possession of US persons must be blocked and reported to Treasury’s Office of Foreign Assets Control.