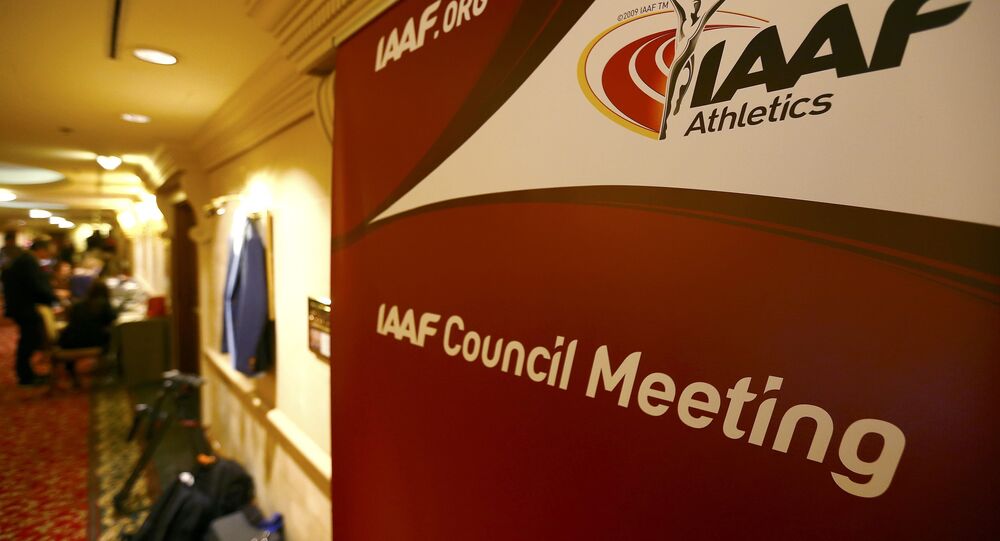 MOSCOW (Sputnik) - The Russian Athletic Federation (RusAF) told Sputnik on Wednesday that it had lodged an appeal with the Court of Arbitration for Sport (CAS) to restore the federation's membership in the International Association of Athletics Federations (IAAF).

"Yesterday, we submitted a complaint to the CAS to restore our rights," RusAF Executive Director Alexander Parkin said.

According to Parkin, the court has not set a hearing date yet.

"The IAAF has not told us yet the sum of its expenses that we have to cover. We sent the letters, but there was no reply," Parkin added.

In its appeal, the federation noted that some of the requirements for RUSADA's reinstatement, including the demand for the Russian authorities to admit the existence of a state-sponsored doping program and submit information to the Athletics Integrity Unit, were groundless, RusAF President Dmitry Shlyakhtin said.

Shlyakhtin pointed out that compliance with these two criteria was "beyond RusAF's authority." The RusAf president explained the timing of the complaint by noting the 60-day time frame to which the federation was restricted.

"We have been waiting for some sort of reaction from the IAAF all this time, but there was none," Shlyakhtin said.

© REUTERS / Neil Hall
McLaren Claims WADA Gave Up on Possibility of Making Russia Comply
Last week, the World Anti-Doping Agency (WADA) Executive Committee voted to reinstate the Russian Anti-Doping Agency (RUSADA). The agency's return to WADA was one of the criteria for filing the appeal.

The IAAF said last week that the working group on the reinstatement of RusAF would present its report at the beginning of December.