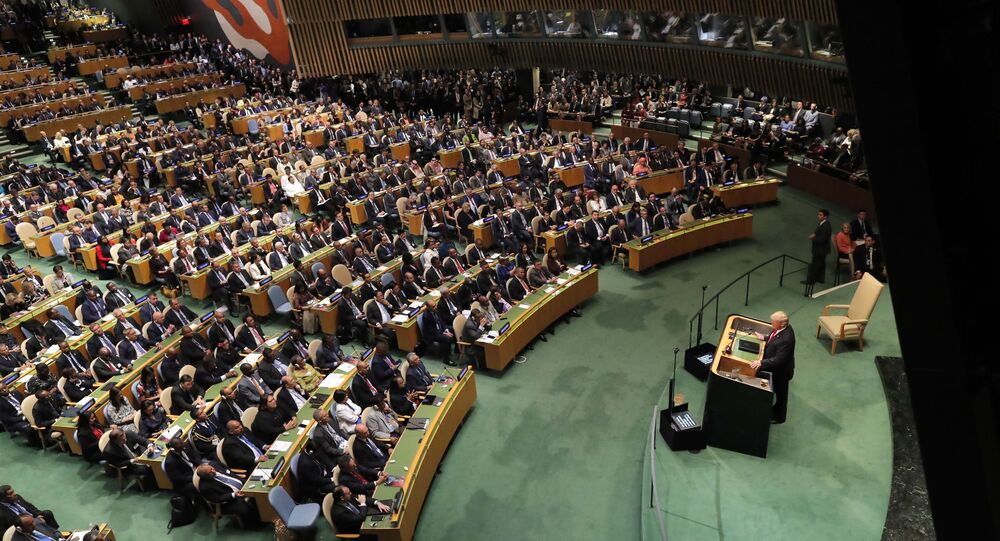 Iran's Deputy Foreign Minister Abbas Araghchi has shown confidence that the September 26 UN Security Council meeting, where Trump plans to take up his anti-Iran campaign, will further isolate the US.

"We have been informed that the European members of [the] Security Council all intend to support the nuclear deal and stress the need for remaining committed to its implementation. I am confident that Wednesday’s meeting will proceed against Mr. Trump’s wishes, and this will only isolate the US more," Deputy Foreign Minister for Political Affairs Abbas Araghchi stated.

Earlier, Iranian President Hassan Rouhani stated at the UN General Assembly session that if the US wants to return to the JCPOA and cooperate, it should know that "it would be much easier to return to six months ago than six years back."

Rouhani noted that Washington is urging other countries to violate the nuclear accord and is threatening all countries and international organizations if they comply with UN Security Council Resolution 2231, which supports the JCPOA.

The US president, in turn, delivered an address to the assembly in which he called upon all countries to isolate the government of Iran and assured that the US would continue to take strong actions until Tehran changes its course.

In May, Trump withdrew the US from the Iran nuclear agreement, formally known as the Joint Comprehensive Plan of Action (JCPOA), and re-imposed sanctions on Iran, as well as on third states that conduct business with the country.

However, other state signatories to the agreement have expressed commitment to preserving the deal.

The first round of sanctions, concerning Iran's purchase of dollars, trade in gold and precious metals, as well as sales of commercial passenger aircraft and auto parts and related services, came into effect on August 7.

The second round of sanctions, regarding the sale of oil and related products, will be reinstated on November 4.