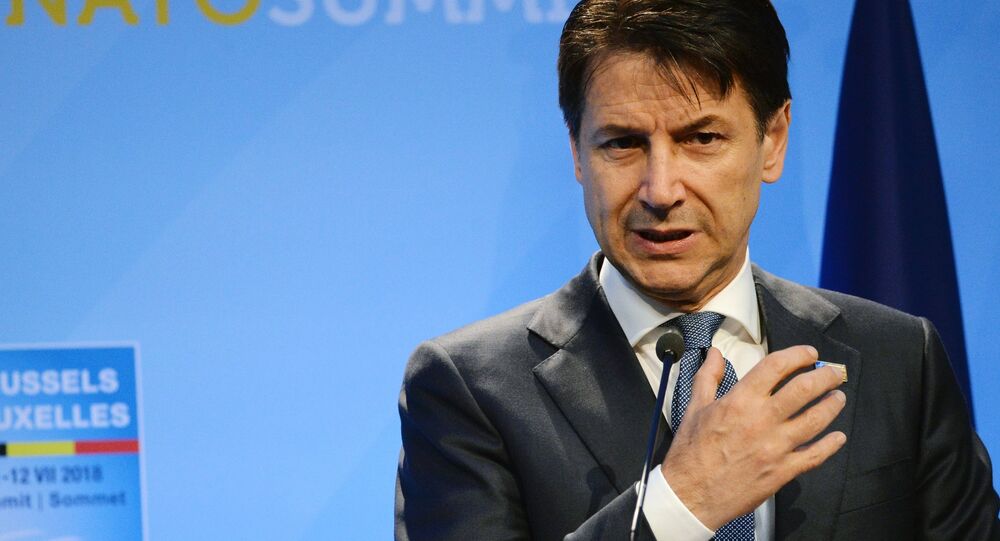 ROME (Sputnik) - US President Donald Trump will take part in the international conference on Libya in Italy in November provided that he has time in the midst of the midterm elections, Italian Prime Minister Giuseppe Conte said.

On Tuesday, Italian media reported, citing government sources, that Rome hoped Trump would participate in the conference, which is slated to take place in Sicily in November.

“During the working breakfast, we discussed with Trump various issues, including Libya. You know, there's a delicate moment coming for him with the midterms [congressional elections], we'll see whether he will be able to come [to Italy to attend the conference],” Conte told reporters on the UN General Assembly sidelines.

© AFP 2021 / MANDEL NGAN
Norway Attempted Secret Peace Talks With Gaddafi's Son as NATO Bombed Libya in 2011 - Reports
Conte stressed that the Trump administration paid great attention to the strategic dialogue between the countries on the Mediterranean, announced by the two leaders in July during the Italian prime minister’s visit to the United States.

Libya has been in a state of civil war since 2011, when its longtime leader, Muammar Gaddafi, was overthrown. There are two major opposing forces in the country, each fighting for control over Libya — the Libyan National Army (LNA), and the Government of National Accord (GNA) backed by the European Union and the United Nations. The country's eastern regions are governed by the LNA-backed parliament in Tobruk, while the western regions are governed by the GNA, with its headquarters located in the country's capital of Tripoli.