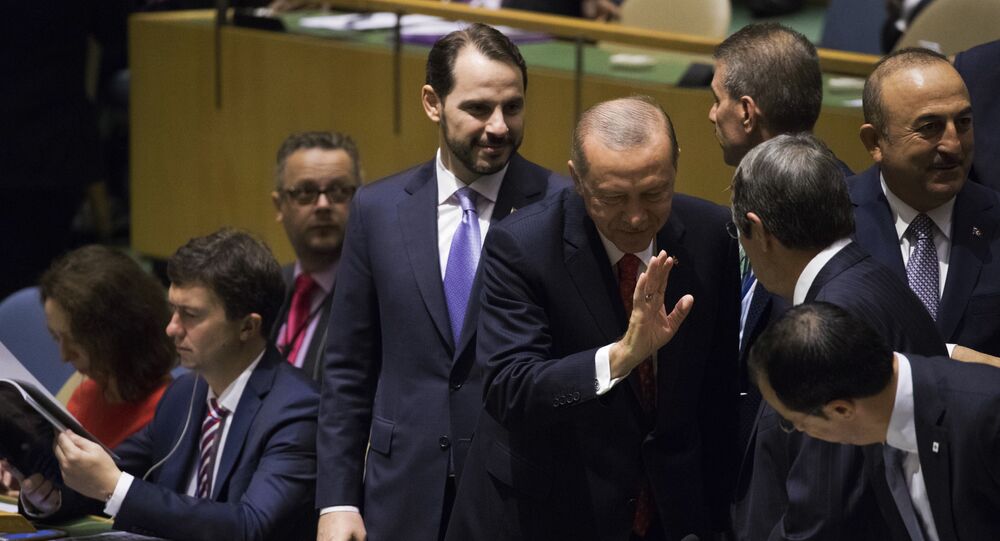 Turkish President Tayyip Erdogan left the hall of the UN General Assembly when US President Donald Trump began to speak, The Star reported on Tuesday. In accordance with the schedule of speeches at the UNGA session, Erdogan was supposed to speak after the US president.

Turkish President Tayyip Erdogan did not leave the meeting room of the 73rd session of the UN General Assembly during the speech of his American counterpart Donald Trump, his move was connected with the preparation for his speech, correspondent of the Turkish government newspaper Sabah Ragip Soilu, who is in New York, said. E

Earlier, the media reported that Erdogan left the room of the UN General Assembly when Trump began to speak.

"The fact that Erdogan left the meeting room during Trump's speech is not true. He simply moved to another room to go to other room, as his performance is planned next to Trump," Soilu wrote on Twitter.

During his speech at the UN, US President Donald Trump called on all nations to isolate Iran's leadership. Trump also vowed to respond if Damascus were to deploy chemical weapons.

READ MORE: Trump at UN: US Will Respond if Chemical Weapons Deployed by Syrian Army

This year, the general political debate within the high-level week-long UN General Assembly session is held from September 25 to October 1. Leaders from 196 countries, including heads of states and governments, are taking part.