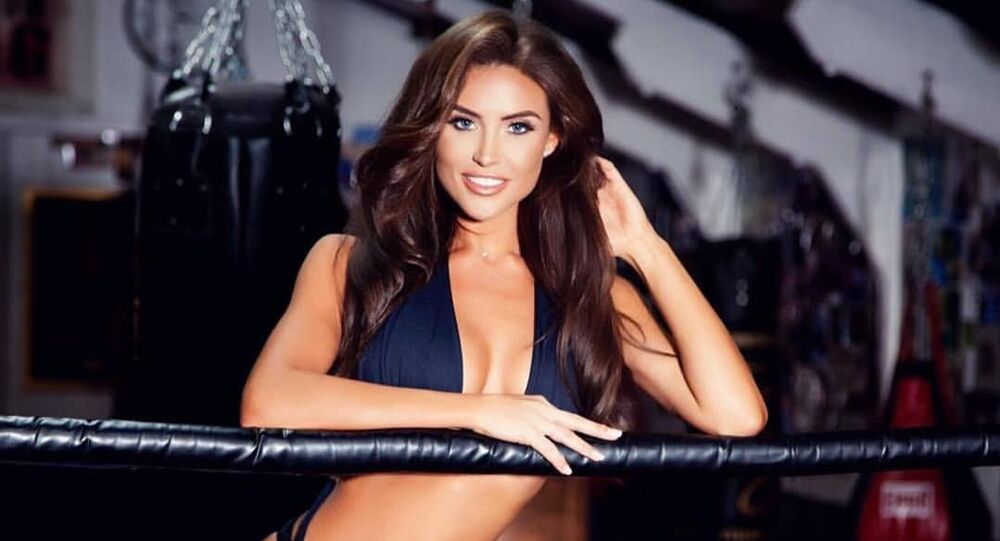 Even though the winds of change have blown across Saudi Arabia due to Crown Prince Mohammad bin Salman’s new social policies, flesh-flashing ring girls may be just a little too much for the kingdom.

Ahead of the big fight between World Boxing Association middleweight champion George Groves and undefeated fellow Brit, Callum Smith, in Saudi Arabia, Sara Beverley Jones, the founder of the UK-based model and promotional management agency, SBJ Management, has tweeted that ring girls would not appear at the King Abdullah Sports Stadium on Friday out of “cultural respect.”

I've had a few people asking about groves / Smith. Due to cultural respect we won't be attending this fight event in Saudi.
Although I will be shouting at the tv at home like the rest of you.

As Groves went toe-to-toe with Chris Eubank Jr for the World Boxing Super Series semi-final in February, the spotlight was on six ring girls, who squeezed into black skirts and crop tops, bringing glamor to the occasion.

As the year 2018 kicked off, Prince Mohammad bin Salman announced that it was up to Saudi women to decide whether they want to wear the abaya “cloak” – a Muslim robe-like dress.

“The laws are very clear and stipulated in the laws of sharia: that women wear decent, respectful clothes, like men. This, however, does not particularly specify a black abaya or a black head cover. The decision is entirely left for women to decide what type of decent and respectful attire she chooses to wear,” bin Salman said.

Bin Salman's decision came just a month after top religious cleric Sheikh Abdullah al-Mutlaq suggested that women should dress modestly, but not be compelled to wear the abaya.

“More than 90 percent of pious Muslim women in the Muslim world do not wear abayas. So we should not force people to wear abayas,” he said in February.

Saudi Arabia has gradually been changing its policy towards women, with the crown prince having significantly contributed to the empowerment of women thanks to his Vision 2030 program.

READ MORE: Women in Saudi Arabia Will Soon Be Able to Train as Pilots

In recent months, Saudi women have been given the right to drive, allowed to take part in their first half-marathon and a real marathon, as well as to watch a football match in a stadium, attend music concerts and go to cinemas.

Saudi Ice Diver: 'I Wanted to Prove That Arab Women Can Achieve The Impossible'