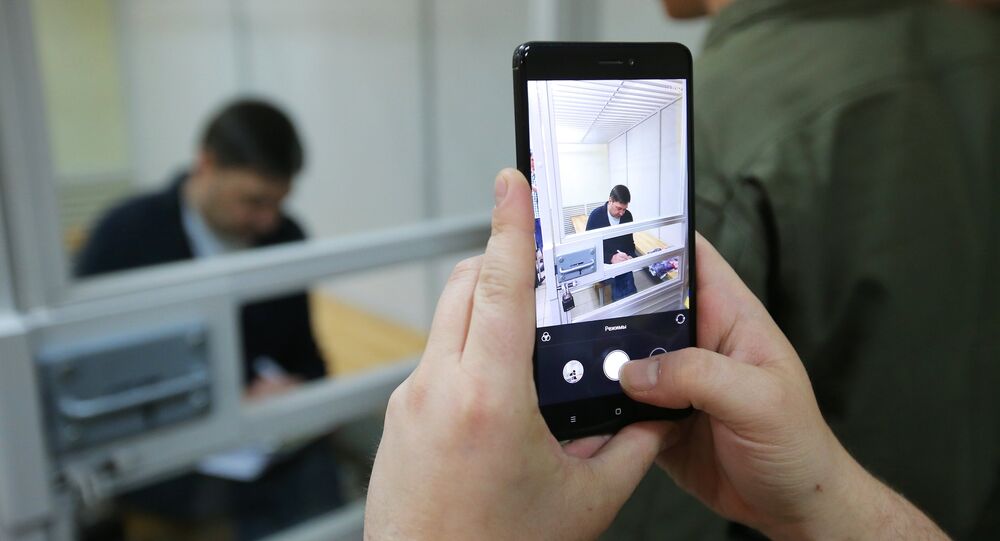 MOSCOW (Sputnik) - The pre-trial investigation into the criminal case against RIA Novosti Ukraine portal head Kirill Vyshinsky has been completed, the materials related to the case are being prepared for trial, the Ukrainian Security Service (SBU) said on Tuesday.

"As of today, we can say that the investigation against him has been completed. The materials are being prepared for trial," SBU Deputy Head Viktor Kononenko said, as quoted by the Ukrayinski Novyny news agency.

The official noted that the SBU had a number of questions to other individuals involved in the case, noting that they would be "necessarily notified of suspicion."

© Sputnik
Ukraine's Detention of Vyshinsky Political Act, Violates Int'l Law - Independent Journalist
On May 15, the SBU broke into the office of the RIA Novosti Ukraine portal in Kiev and detained Vyshinsky on suspicion of supporting the self-proclaimed people’s republics of Donetsk and Lugansk, as well as treason. On May 17, the court in Kherson ruled that Vyshinsky should be arrested for 60 days without bail, however, the arrest was prolonged for two months until September 13 and later shortened to September 8.
...
Reddit
Google+
Blogger
Pinterest
StumbleUpon
Telegram
WhatsApp
02
Topic:
Russian Journalist Kirill Vyshinsky Detained in Kiev (36)