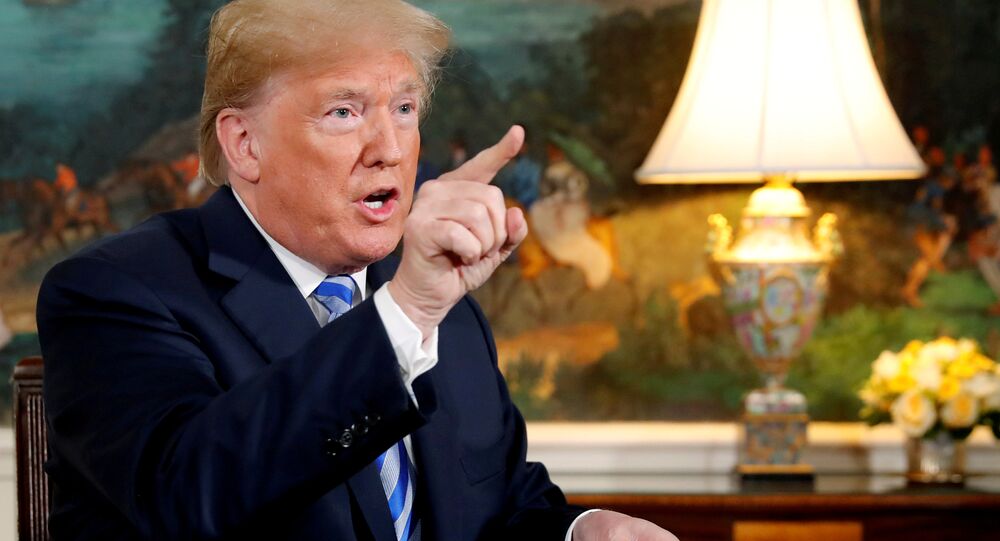 Iran Has no Choice But to Change - Trump

Previously, US State Secretary Mike Pompeo noted that Trump was ready to engage in a constructive dialogue with Iran's representatives at the UN General Assembly (UNGA) in New York.

"Iran has to change its tune before I meet with them. They want to meet. It will happen. We look forward to having a great relationship with Iran but it won’t happen now," US President Donald Trump told reporters at the United Nations General Assembly in New York.

Earlier in the day, he addressed the possibility of talks with Rouhani.

"Despite requests, I have no plans to meet Iranian President Hassan Rouhani. Maybe someday in the future. I am sure he is an absolutely lovely man!" Trump tweeted.

Later in the day, spokesman for Iran's mission to the United Nations Alireza Miryousefi said that his country had not equested a meeting with the US President.

READ MORE: US Envoy to UN Nikki Haley to Iran After Ahvaz Killings: 'Look in the Mirror'

© Sputnik / Alexey Vitvitsky
EU to Roll Out Payment System to Facilitate Trade With Iran Amid US Sanctions
Addressing the issue, US Permanent Representative to the United Nations Nikki Haley claimed that Tehran had requested a meeting between Iranian President Hassan Rouhani and Trump within the framework of the UNGA, however, on Friday the Iranian Foreign Ministry denied those reports.

US Special Representative for Iran Brian Hook also commented on the relations between two countries, noting that Washington hoped to sign an agreement with the Islamic republic that would cover both the Iranian nuclear and ballistic programs.