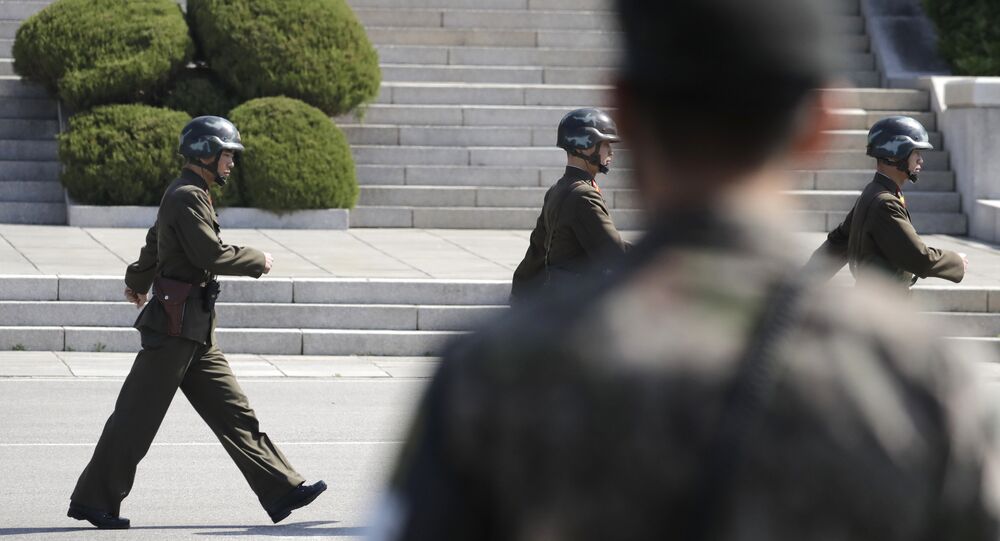 UNITED NATIONS (Sputnik) - US Secretary of State Michael Pompeo addressed Washington's relations with NOrth Korea, Russia and Turkey in a briefing on the sidelines of the UN General Assembly on Monday.

"Now it is not the time to ease pressure [on North Korea]," Pompeo told reporters.

"I expect I’ll be traveling to Pyongyang before too long as well to make the final preparations for the second meeting between the two leaders," he noted, adding that setting a date for the completion of denuclearization in North Korea would be "foolish."

The White House has said that discussions are underway for the second summit between Trump and Kim, but had no other detail on when or where the meeting could happen.

Pompeo also reported on the situation with the US pastor Andrew Brunson, who was remaining under house arrest in Turkey, confirming that the evangelist "could be released this month."

"Pastor Brunson and other US persons who are being held by Turkey all need to be released by Turkey, and that needs to be done immediately," the official said.

US-Turkish relations deteriorated amid series of incidents, including the detention of Brunson by Turkish authorities.

Brunson has been detained by Turkish authorities since 2016 because of his alleged ties to the movement of Islamic cleric Fethullah Gulen, whom Turkey holds responsible for orchestrating the failed military coup of 2016.

On Relations with Moscow

Pompeo mentioned that he planned to meet with Russian Foreign Minister Sergei Lavrov during the United Nations General Assembly in New York this week.

"Yes. I am sure Sergey [Lavrov] and I will have our time together," the State Secretary confirmed.

Pompeo said he would raise the situation in Syria during the talks with his Russian counterpart.

READ MORE: Russia Supplying S-300 to Syria to Have No Effect on Ties With Israel — Moscow

"There are many topics that we'll talk about with the Russians. I'm very confident that their latest decision to move the S-300 will be amongst them," he told reporters.

According to Moscow, the Israeli Air Force used the Russian aircraft as a shield while attacking targets in Syria, which led to the death of 15 Russian servicemen when the plane was shot down by Syrian air defense systems.