MOSCOW (Sputnik) - US State Secretary Mike Pompeo said in an interview released on Sunday that US President Donald Trump was ready to engage in a constructive dialogue with Iran's representatives and possibly meet them at the UN General Assembly in New York.

"I think the president has been pretty clear about that. He is happy to talk with folks at any time… If there is a constructive dialogue to be had, let's get after it," Pompeo told NBC broadcaster, answering a question about Trump's possible meetings with the Iranian leadership in New York.

Earlier in the week, US Permanent Representative to the United Nations Nikki Haley said that Tehran had requested a meeting between Iranian President Hassan Rouhani and Trump within the framework of the UN General Assembly, which was then refuted by the Iranian Foreign Ministry. 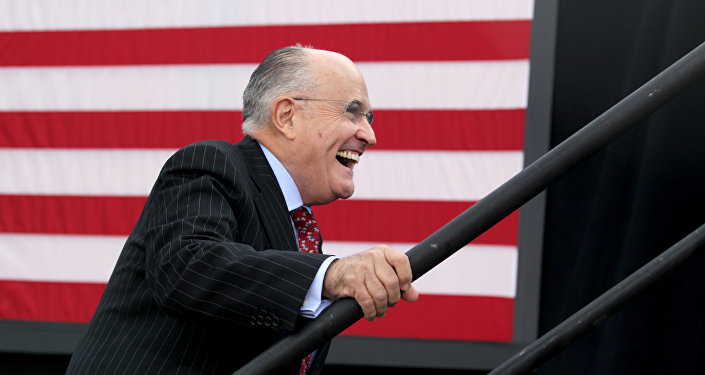 © AFP 2019 / Mary Schwalm
Trump Lawyer Giuliani: US Sanctions May Lead to ‘Successful Revolution’ in Iran
On Wednesday, US Special Representative for Iran Brian Hook reported that the US hoped to sign an agreement with the Islamic republic that would cover both the Iranian nuclear and ballistic programs. According to Hook, both Trump and Pompeo expressed their willingness to engage in talks on the issue, however, the initiative was rejected by Tehran.

The 73rd UN General Assembly started on September 18 and will last until October 5. The week of September 24 – 28 is expected to be the most intense and see numerous high-level meetings.

In May, Trump announced his decision to leave the Joint Comprehensive Plan of Action (JCPOA) or the Iran nuclear deal, and reimpose sanctions on Tehran and third states doing business with Iran. The US move was condemned by other signatories to the accord, who have expressed their commitment to preserving the deal.