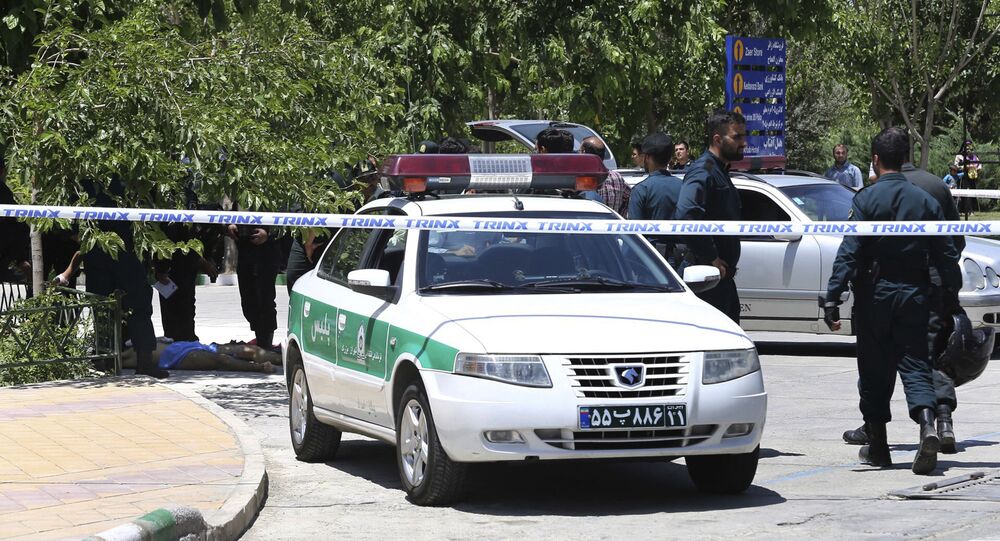 According to a statement published on the ministry's official website, the UAE envoy was harshly criticized for the statement of Abdulkhaleq Abdulla, former adviser to Abu Dhabi Crown Prince Mohammed bin Zayed al Nahyan and political expert.

The Iranian Foreign Ministry has summoned the United Arab Emirates' (UAE) charge d'affaires and expressed strong protest against the remarks made by one of the UAE officials, regarding the terrorist attack in the Iranian city of Ahvaz, Iranian Foreign Ministry spokesman Bahram Qassemi said on Sunday. Iranian media reported that Abdulkhaleq Abdulla said via his Twitter account that the attack in Ahvaz was not a terrorist attack because the gunmen attacked a military target.

"Following the absurd remarks made by an Emirati political advisor over the Ahvaz terrorist attack, the political department of the Iranian foreign ministry summoned the Arab country’s charge’ d’affaires and expressed the Islamic Republic’s strong protest over the irresponsible and insulting remarks," Qasemi was quoted as saying by the official website of the Foreign Ministry.

On Saturday, armed militants opened fire at a military parade, leaving at least 28 people dead and injuring another 60, according to media reports. The Saudi-linked Patriotic Arab Democratic Movement in Ahvaz has reportedly claimed responsibility for the attack.

On Sunday Islamic Republic News Agency (IRNA) reported that the Iranian Foreign Ministry formally protested to the UK, Dutch and Danish diplomats regarding the fact that the three countries allegedly hosted members of the terrorist group that was responsible for the attack.