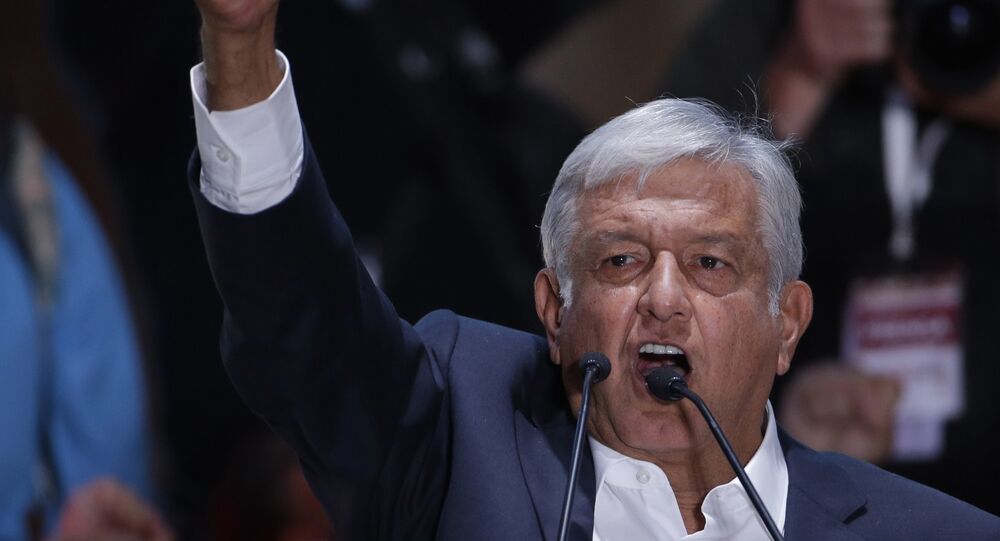 MEXICO CITY (Sputnik) - Mexican President-elect Andres Manuel Lopez Obrador has said that he does not want confrontation with the United States over the irregular migration issue and hopes for a dialogue.

Back in August, Lopez Obrador said that nobody would be able to intimidate Mexico with threats to build a border wall, apparently referring to Washington's relevant plans.

“We will not seek friction with President Donald Trump. I seek understanding … I would like to explain him what our plan on the migration phenomenon is,” Lopez Obrador said on Saturday, delivering a speech in the Mexican border state of Sonora.

Trump has repeatedly pledged to build a wall on US-Mexico border in order to stop illegal migration, as well as human and drugs trafficking. Building a border wall was one of Trump's key promises throughout his presidential campaign.

The project has proven to be contentious as Trump originally claimed that Mexico would pay for building it while the Mexican government repeatedly said it would not. On July 31, Trump however said that that the construction of large portions of the wall on the border with Mexico had already started.