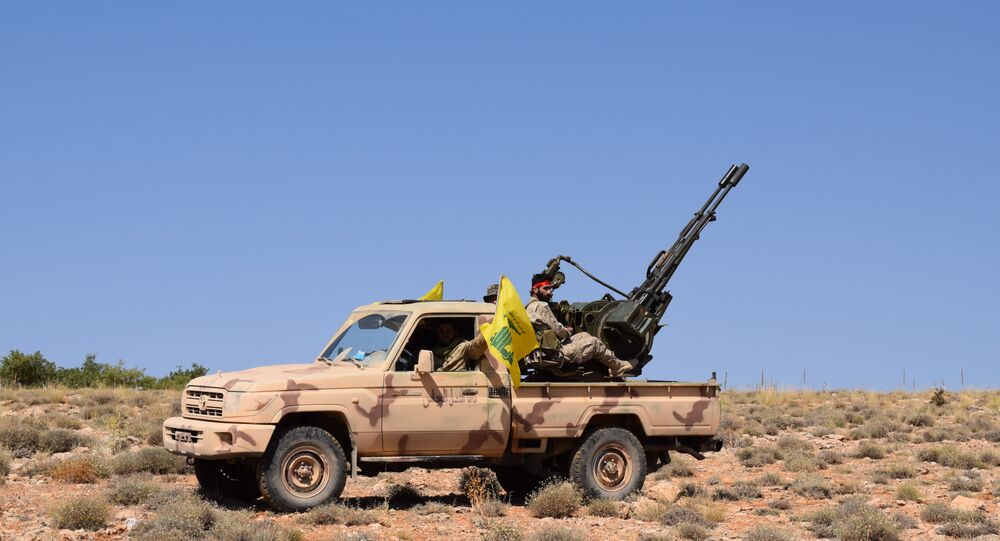 "The Lebanese was detained in Brazil on request of the Prosecutor’s Office. Assad Barakat is a financial operator of the Hezbollah terror group. The arrest was carried out by the anti-terror unit of the Federal Police," the statement of the Brazilian Prosecutor’s Office read.

Barakat was detained in the border city of Foz do Iguacu at the authorization of the Brazilian Supreme Federal Court, according to the statement.

According to media reports, the detainee is wanted by the authorities of Paraguay, while he has also been accused of various crimes by the United States and Argentina.

© REUTERS / Khalil Hassan
'We Will Stay': Hezbollah Leader Says Group Won't Pull Out of Syria After Idlib Settlement, Boasts of 'Precision Rocket' Capabilities
The United States considers Hezbollah a terrorist group, though other countries, including Russia, do not. Several countries and the European Union distinguish between the group's military and political wings, sanctioning the prior while engaging with the latter.

Hezbollah operates a military wing that has battled Israel during successive Israeli invasions of Lebanon. Hezbollah's military wing is currently active in Syria, where it is fighting on behalf of the government of President Bashar Assad.

The group also runs a political party that participates in all levels of the Lebanese government, including the Cabinet, Parliament and local municipalities.