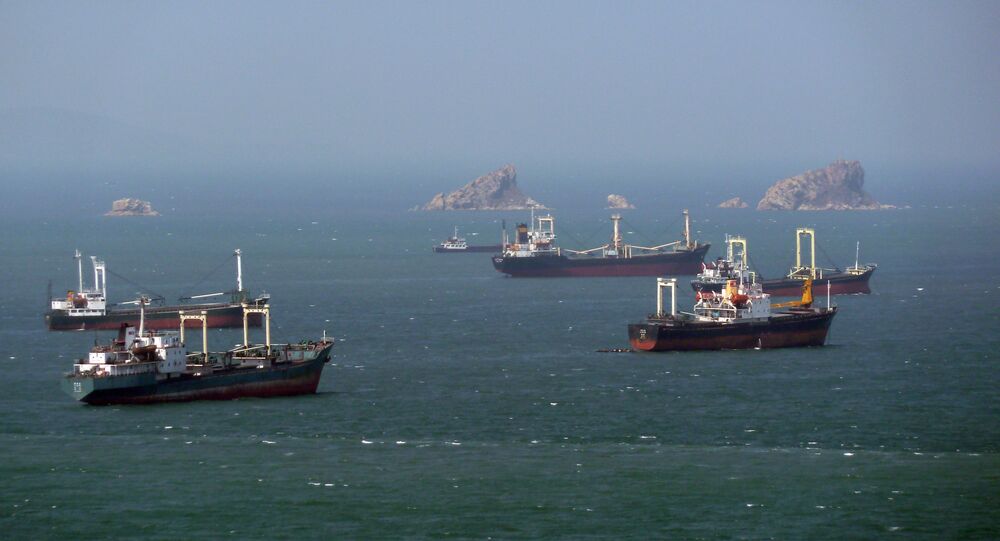 Earlier in the day, Russia's ambassador to North Korea, Alexander Matsegora, said that the US claims that Russia was "cheating" on the UN Security Council (UNSC) resolution on North Korea were totally groundless and that the state strictly complied with its obligations.

US accusations that Russia illegally assisted North Korea in obtaining fuel via transfers at sea lacked evidence, the Russian Ministry of Foreign Affairs stated on Wednesday.

On Monday, US Ambassador to the United Nations Nikki Haley accused Russia of "consistent" violations of the UN Security Council resolution on sanctions against Pyongyang, which involve restrictions on supplies of fuel to North Korea and hiring North Korean workers.

© AFP 2021 / Jewel SAMAD
Russia Denies US Accusations of Violating North Korea Sanctions - UN Ambassador
The accusations drove Russia's ambassador to North Korea, Alexander Matsegora, to call them "unfair," who noted that they were not based on facts, but rather depended on groundless speculations and assumptions.

The official also noted that Russia "scrupulously, very responsibly and consistently fulfills the requirements of the resolutions of the UN Security Council."

The diplomat stressed that this was the reason why bilateral trade between Russia and North Korea fell by more than 70 percent since the beginning of the year.