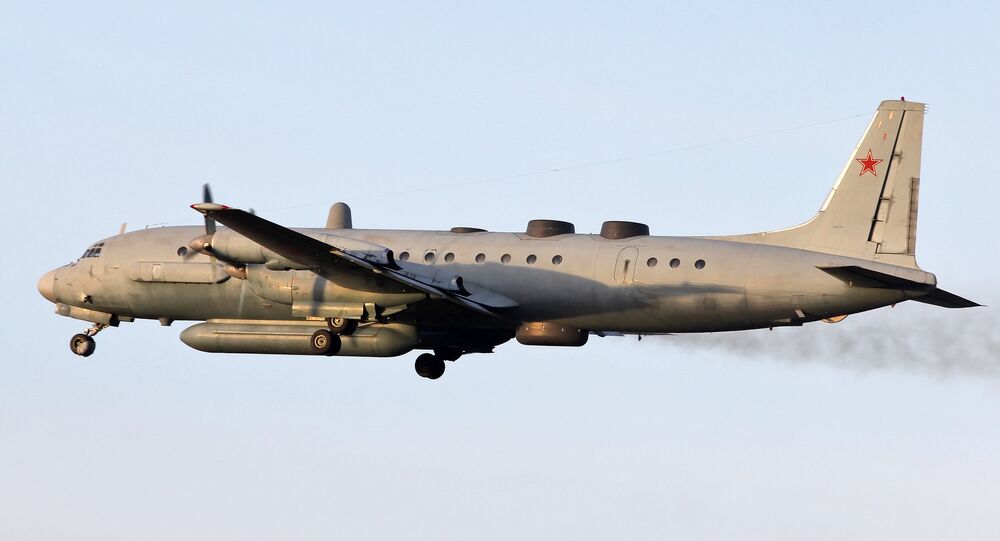 The Russian Hmeymim airbase had lost contact with the crew of the Russian Il-20 military aircraft late on Monday during the attack of four Israeli F-16 aircraft on Syrian targets in the province of Latakia.

"Our reconnaissance Il-20 aircraft with a crew of 15 on board was carrying out a reconnaissance mission over the Idlib de-escalation zone to determine the locations of storage and collection of unmanned aerial vehicles that fly out of the zone and strike different areas of Syria," Russian Defense Minister Sergei Shoigu stated at a meeting with senior military commanders.

Israeli F-16 jets attacked Syria under the cover of the Russian Il-20, assuming that the Syrian air defense forces would not act in this direction, Shoigu said.

"Without warning, more precisely, with a minute beforehand, Israel's informed us of a strike they were planning to conduct; they informed us that they were striking objects in Syria. And then they attacked," the defense minister stated.

He stressed that the Russian Il-20 was shot down "as a result of the response from the Syrian air defense systems to the Israeli forces’ attack."

© AP Photo / Ariel Schalit
Israel Unlikely to Fly Freely Over Syria After Il-20 Incident - Ex-Official
The Russian Defense Ministry said earlier on Tuesday that the Israeli military deliberately created a dangerous situation that resulted in the downing of the Il-20 by a missile launched by Syria's S-200 air defense system.

The Israeli Defense Forces (IDF), in turn, stated that the Israeli jets were targeting a facility in Syria that contained "systems to manufacture accurate and lethal weapons" which could be sent "on behalf of Iran" to the Hezbollah movement in Lebanon.