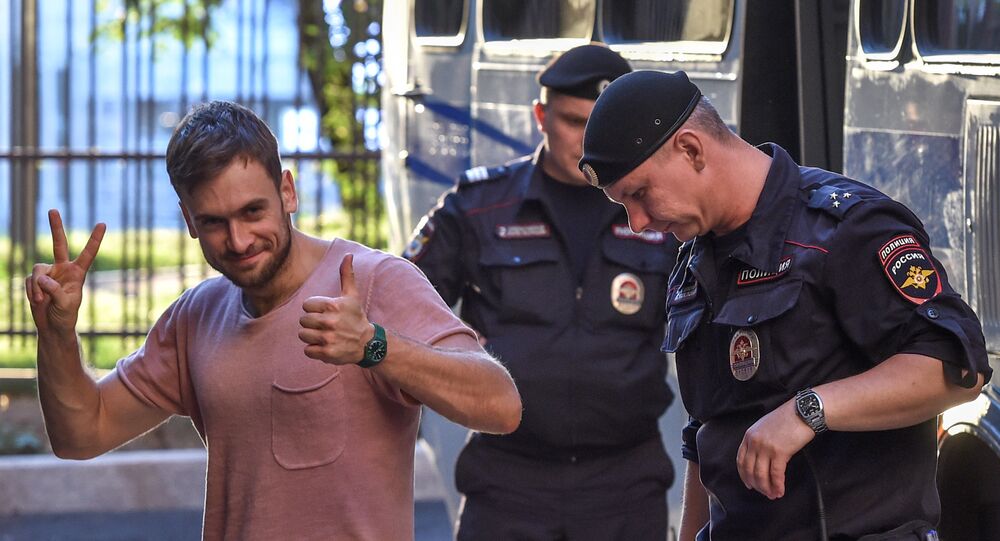 During a press briefing on the health of Pyotr Verzilov at Berlin's Charite hospital on September 18, a doctor said that the Pussy Riot activist was likely poisoned.

"It is true, it is highly likely that there was a poisoning. Until now we have not had grounds to consider any other causes for his condition," the doctor said, at the same time adding that there was no other explanation as to why Verzilov had lost his sight, hearing and ability to walk.

Even though he is no longer in danger, he still needs intensive medical care, the medic claimed.

"We call this anticholinergic syndrome. There is a great number of substances that could lead to this condition," the doctor said, adding that it may have been caused by pharmaceutical drugs, herbs or recreational drugs.

Verzilov, who briefly invaded the pitch during the 2018 World Cup final with Pussy Riot members, was flown from Moscow to Berlin over the weekend to receive treatment at the department of Clinical Pharmacology and Toxicology in Berlin's Charite hospital after his health unexpectedly deteriorated.

Several media outlets cited a fellow Pussy Riot member, Veronika Nikulshina, as saying that Verzilov complained that he was losing his eyesight after taking a nap at home. Before losing consciousness last week, Verzilov told doctors that he had not "taken any substances."