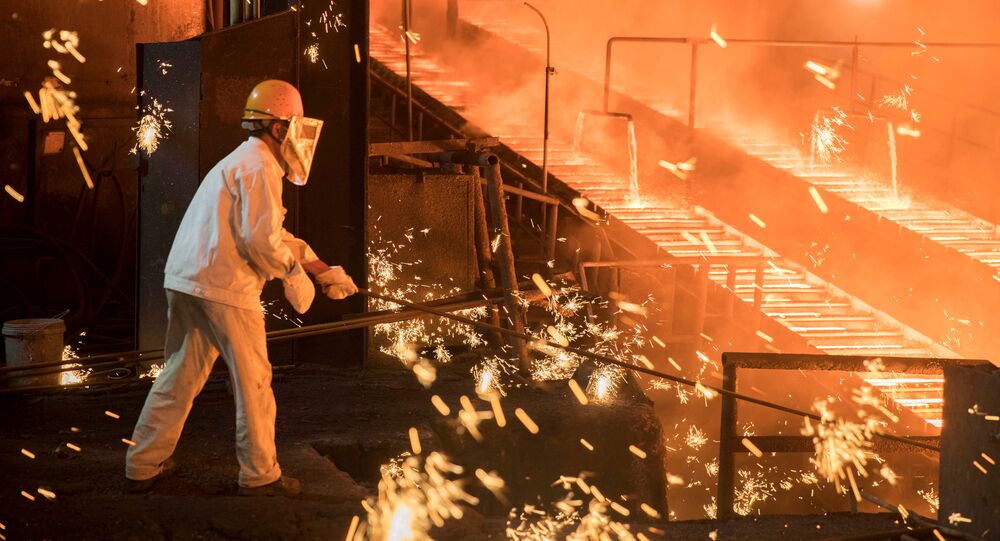 WASHINGTON (Sputnik) - US President Donald Trump will likely unveil a new round of tariffs on $200 billion worth of Chinese goods "soon" because he is unsatisfied with the progress of ongoing trade talks between Washington and Beijing, Director of the National Economic Council Larry Kudlow said on Monday.

"The president has suggested tariffs on a couple hundred billion dollars. He has not been satisfied with the talks with China on this. My guess is announcements will be coming soon," Kudlow said during remarks at the Economic Club of New York.

Kudlow also said the Trump administration still wants to negotiate with China, but only if Beijing is serious about having substantive discussions about free trade, reducing tariffs, non-tariff barriers, opening markets and allowing the United States to export more goods and services to the country.

© REUTERS / China Daily
Tariff War Won’t Solve US Trade Deficit – China’s Ministry of Commerce
In early August, US Trade Representative Robert Lighthizer said Trump had asked him to consider increasing tariffs on $200 billion worth of Chinese goods from 10 to 25 percent. The exact date for the new tariffs' enactment has not been specified.

China-US trade tensions escalated sharply in March after Trump announced import duties on steel and aluminum. Since then, Washington and Beijing have imposed several rounds of tit-for-tat tariffs, with bilateral trade consultations so far failing to halt an escalating trade war.