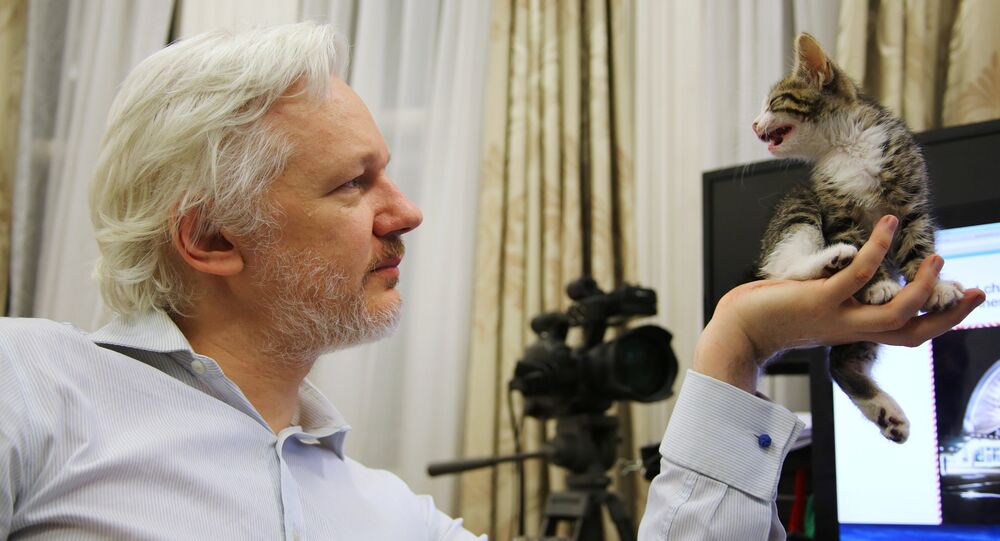 The WikiLeaks founder was accused of rape and molestation days ahead of the bombshell revelation of US diplomatic cables. He claims that the charges are false and invented only to arrest him so he can be deported to the US, which seeks his capture over the major leak.

"Mr. Assange did not apply for such a visa at any time or author the document. The source is document fabricator & paid FBI informant Sigurdur Thordarson who was sentenced to prison for fabricating docs impersonating Assange, multiple frauds & pedophilllia," WikiLeaks stated on Twitter.

Poor standards at AP. Here is what Satter unconscionably decided to leave out of the story, the sworn affidavit of @JulianAssange describing its origin: the documented illegal operation by the FBI on UK, Danish and Icelandic soil. https://t.co/8NiPQnoWFf pic.twitter.com/kmyFPlMiF1

The statement followed a report by AP, citing leaked documents from the organization, which was published earlier in the day, claiming that Julian Assange, founder and head of WikiLeaks, authorized writer and journalist Israel Shamir in November 2010 to be his representative to the Russian Consulate in London in order to apply for a visa.

"I, Julian Assange, hereby grant full authority to my friend, Israel Shamir, to both drop-off and collect my passport, in order to get a visa," the media outlet quoted the letter as reading, which was written on November 30, 2010.

The letter was written after Swedish authorities pressed charges against Assange for sexual misconduct, but prior to him surrendering to British authorities. The AP contacted Shamir for comment, but he declined to say whether he had delivered the letter and applied for a Russian visa for Assange or whether he actually received one, citing memory problems.

"I can't possibly exclude that it happened. I have a very vague memory of those things," he said.

The Russian Consulate in London also declined to give any information, citing non-disclosure rules for visa applications.

On the day the letter was written, Interpol issued an arrest warrant for Assange, rendering a potential Russian visa useless, as the head of WikiLeaks would have been arrested during an attempt to leave the UK for Russia anyway.

Swedish authorities accused Assange of sexual misconduct and issued a warrant for his arrest on November 18, days prior to the release of hundreds of thousands of US diplomatic cables by WikiLeaks. Assange claims he did not rape or molest women in Sweden and feared that the whole case was made-up in order to arrest and deport him to the US.

He later willingly surrendered himself to British authorities in December 2010, but eventually fled, having violated his bail conditions and was granted asylum in the Ecuadorian Embassy in London, where he remains to this day.