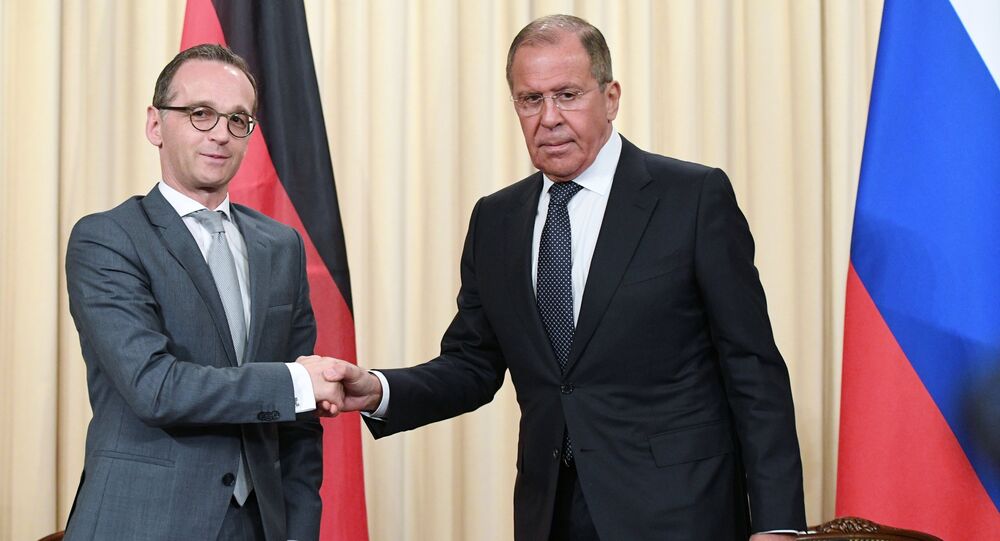 Russian Foreign Minister Sergei Lavrov paid a working visit to Germany on Friday, during which he held talks with his counterpart Heiko Maas.

Lavrov and Maas have discussed bilateral relations, Russia-EU ties, the crises in Syria and Ukraine, the situation in the Balkans and around the Iranian nuclear deal, as well as arms control and other security issues.

Germany hopes Moscow will persuade Damascus not to use chemical weapons, Heiko Maas said during a press conference with Sergei Lavrov.

"During our talks… we discussed Syria, of course. Millions could face catastrophic consequences in case of a full-fledged military operation in Idlib by [the Syrian] regime," Maas told a press conference after the talks with Lavrov, adding that the sides also spoke about the possible use of chemical weapons by the Syrian government in the province.

The senior official also noted that Berlin would oppose a large-scale military operation in Syria's Idlib in connection with a threat to civilians.

"We want to prevent a large-scale military operation,… which may kill millions of civilians," Maas said.

© REUTERS / Ammar Abdullah
Don't 'Test' Trump: US Ambassador Haley Seethes at Syria and Russia Over Contrived Chemical Threat
Earlier this week, the Russian Center for Syrian Reconciliation warned that it had intelligence indicating that the Tanzim Hurras ad-Din* terrorist group, in coordination with the White Helmets, was preparing to use chemical weapons against children, tape the incident and blame Damascus for the crime.

The US and its allies have already launched air and missile strikes against Syria based on false claims that the government had used chemical weapons on two separate occasions, in April 2017 and April 2018. Both attacks were preceded by disinformation campaigns supported by the White Helmets group.