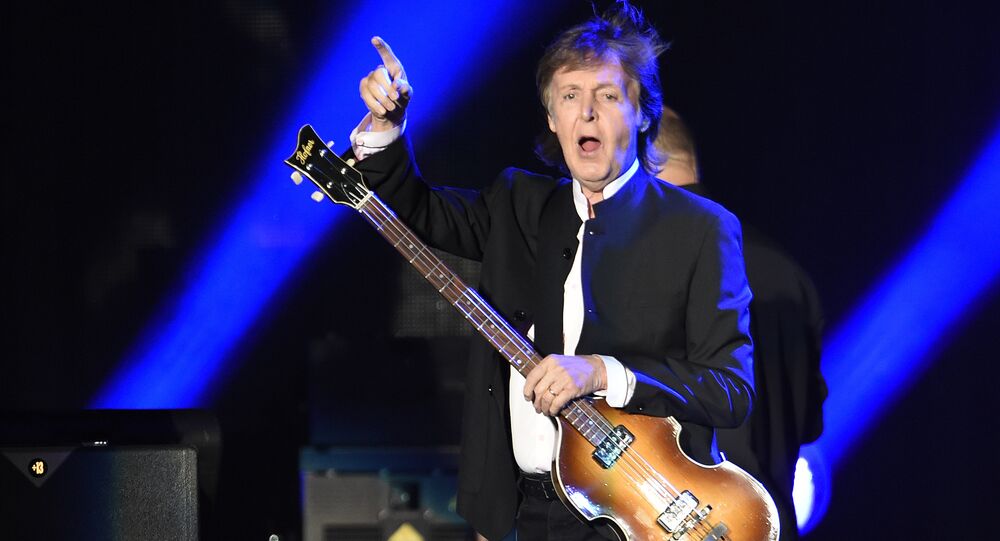 This Bird Has Flown: Paul McCartney Opens up on Failed Meeting With Putin

In an open-hearted interview with GQ's Chris Health, Paul McCartney, an iconic British artist and former Beatle, touched upon a wide range of offbeat topics, from acid trips to a conversation with Vladimir Putin. Moreover, he revealed in which ways Brigitte Bardot can trump Winston Churchill.

The 76-year-old artist, whose 18th solo studio album entitled Egypt Station came out last week, opened up on his trip to Russia in 2003. At the time, he was heavily involved in a campaign against land mines alongside his second wife, Heather Mills. The two saw an opportunity to compel Vladimir Putin to support a ban on land mines and were granted a meeting.

"We were going-probably naively, now I think back-to actually ask Vladimir Putin if he would ban land mines," McCartney told GQ's Chris Health. "So we met him at the Kremlin, which was sort of exciting-you feel like you're in a novel, a big Russian general leading you through to Putin's inner quarters. We chatted-he had a translator, though we were later told he can perfectly well understand English." Their push for a landmine ban was politely turned down: "He sort of said something like 'The borders of Russia are vast and we need some.'"

But the mission was sabotaged eventually — with a little help from his friend. "I think it was John sort of said, 'Winston Churchill!'" McCartney said, lamenting that it ruined the mood. He called it a one-off or maybe a two-off thing. "It was good harmless fun. It didn't hurt anyone. Not even Brigitte Bardot."

Close Encounters of the Celestial Kind

"I think John was a little more that way, because thinking back, I remember there was someone in a club that he'd met, and they'd gone back to the house because the wife fancied John, wanted to have sex with him, so that happened, and John discovered the husband was watching. That was called 'kinky' in those days."

Lucy in the Sky with DNA

Paul McCartney provided additional evidence that The Beatles' later music was influenced by psychedelics. He candidly revealed that he saw his own DNA during one of his bands' ‘trips away'. He said, "I remember at the height of it seeing this thing that was like a spiral going up in, in my brain, and it was beautiful colors, like multicolored gems going up this spiral."