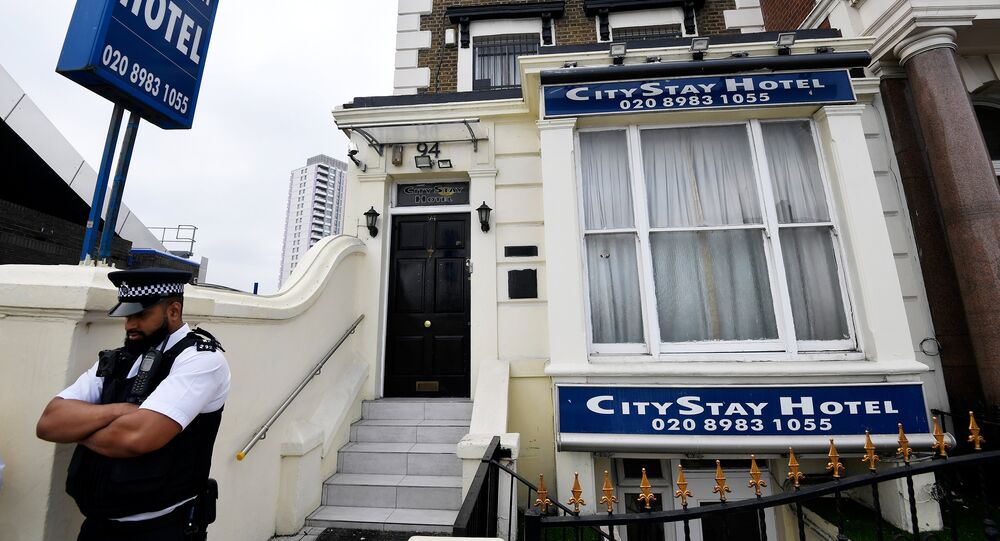 MOSCOW (Sputnik) - UK Minister of State for Security Ben Wallace said on Thursday that Russian President Vladimir Putin 'bears very strong responsibility' for the poisoning of Russian ex-spy Sergei Skripal and his daughter Yulia in the city of Salisbury.

"The GRU [Russia's Main Intelligence Directorate] answers to the Ministry of Defense, it answers to the president of Russia. So I think the key is, of course, that the Russian senior levels of government were involved or linked to this decision. I will let other people speculate whether that means actually Putin or not, but the government as a whole is obviously led by the president of Russia. And, directly or indirectly, he bears very strong responsibility," Wallace told the Sky News broadcaster.

On Wednesday, the UK Crown Prosecution Service said that it had sufficient evidence to charge two Russian nationals, named as Alexander Petrov and Ruslan Boshirov, of the Salisbury nerve agent attack.

© AP Photo / Metropolitan Police
Skripal Case Update: Suspects Named, Russia Blamed, Calls for Cooperation Unanswered
On Wednesday, UK Prime Minister Theresa May said that the Russian military intelligence was behind the attack on the Skripals. Russian Envoy to the Organization for the Prohibition of Chemical Weapons (OPCW) Alexander Shulgin, in turn, said that the suspects' photos and names released by London did not prove Russia's involvement in the attack.

On March 4, Skripal and his daughter were found unconscious on a bench at a shopping center in Salisbury. The United Kingdom and its allies have accused Moscow of having orchestrated the attack with what UK experts claim was the A234 nerve agent, without presenting any proof. Russian authorities have strongly refuted the allegations as groundless.