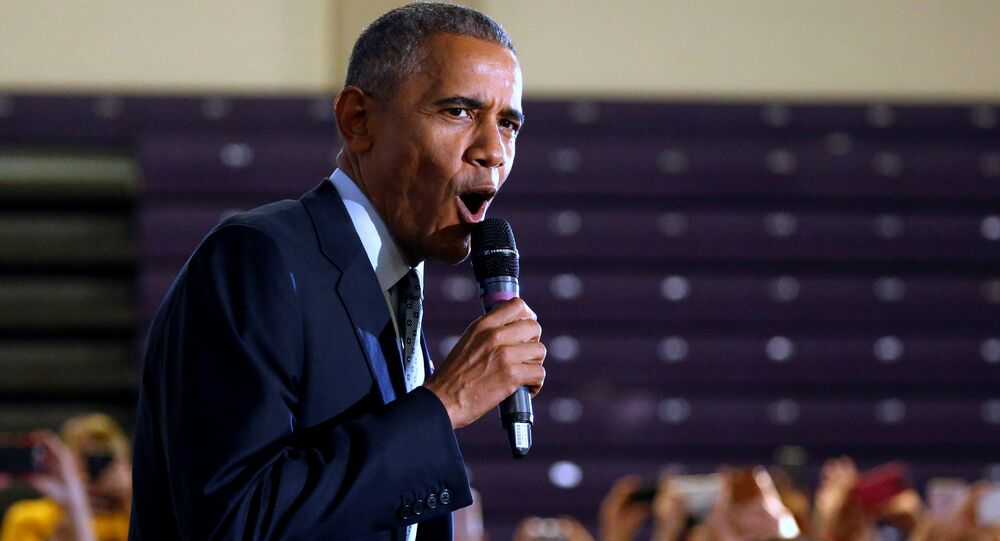 The former American president's entourage reportedly went on the offensive when asked about his upcoming event in a Danish city that will be held behind closed doors and funded with taxpayer money.

Representatives for Barack Obama have threatened that he would back out of his paid speech in the Danish city of Kolding if the details of his speaking contract are disclosed to the public.

The former US President is expected to take part in an invite-only Q&A session with local business leaders, university students, and local dignitaries, titled "A Conversation with President Barack Obama," to be hosted by the University of Southern Denmark in Kolding on September 28.

"At this event, current and future leaders will have an opportunity to experience President Obama first hand. Everyone can expect to be inspired. And we have every reason to be proud," city mayor Jorn Pedersen said, as quoted by the local newspaper Business Kolding, which is organizing the event.

According to the Danish daily Jydske Vestkysten, the event would cost Kolding authorities 750,000 kroner (some $117,000) in municipal funds. It emerged separately that the university that will host the gathering would provide one million kroner (roughly $155,000). Pedersen, who praised the event as a great marketing opportunity and the "biggest ever" in the city history, said its cost was "fully confidential" and he was kept in the dark about it. Whatever the case, the authorities want to make the most of Obama's visit and plan to arrange a number of sideline events.

The move led some people to raise their eyebrows as Kolding is reportedly running a deficit of over $15.5 million in its budget for next year; netizens took to Twitter to call for transparency.

Why would his group not want to be public with his contractual amount threat will be paid to him?

The most transparent public figure evah!

Show us the money!

Best thing for him to do is just stay out of sight and out of mind so please release it.

"Most transparent administration ever" doesn't carry over.

Washington at Half Mast: McCain Funeral Speakers Expected to Include Obama, Bush