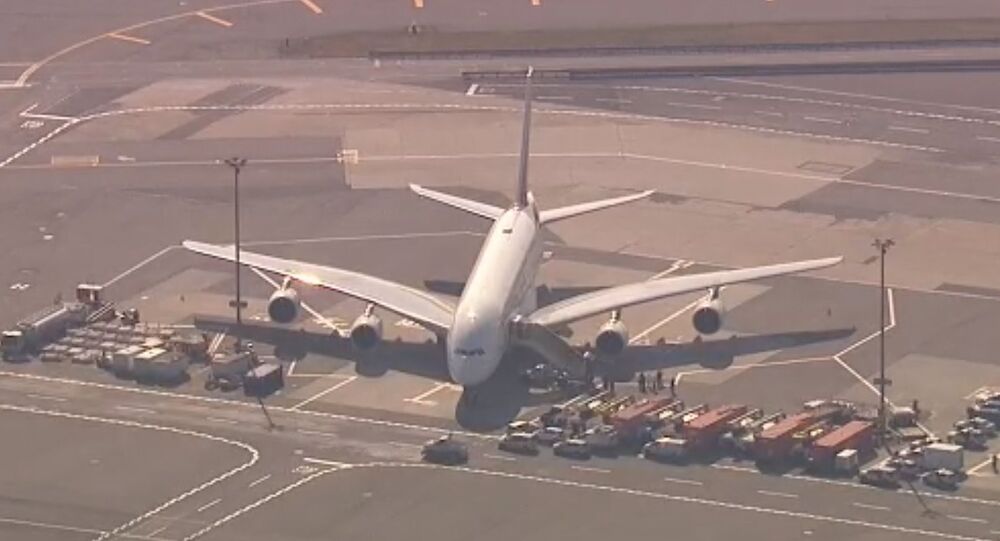 Some 100 passengers were reported ill aboard an Emirates flight currently grounded at the John F. Kennedy International Airport in New York.

An Emirates airliner has been quarantined in New York after the passengers on board started feeling sick, NBC New York reports citing airport sources.

According to the news agency, Flight 203 was en route from Dubai to New York when at least 100 out of 500 of its passengers reported feeling ill.

The aircraft landed Wednesday morning at the John F. Kennedy International Airport and the Port Authority Police and the Centers for Disease Control and Prevention were waiting to check the passengers, while the mayor's office confirmed that the airliner was quarantined.

BREAKING: An Emirates A380 in quarantine at JFK Airport right now awaiting CDC officials after about 100 passengers became ill with fevers over 100 degrees and coughing. Flight 203 had just arrived from Dubai. pic.twitter.com/lyUgNbMaEW

Law enforcement sources told NBC that seven to ten people on board were taken to hospital.

​One of the passengers aboard the aircraft managed to snap a photo of emergency response vehicles parked outside on the runway.

​The passenger also told NBC that while he was informed about people being sick aboard the plane, he hasn't seen "any evidence", though he also added that the plane "is two levels.

The mayor's office also reportedly said that the plane made a stop in Mecca which is currently experiencing an outbreak of flu, and that "early indications point to that as a possibility."