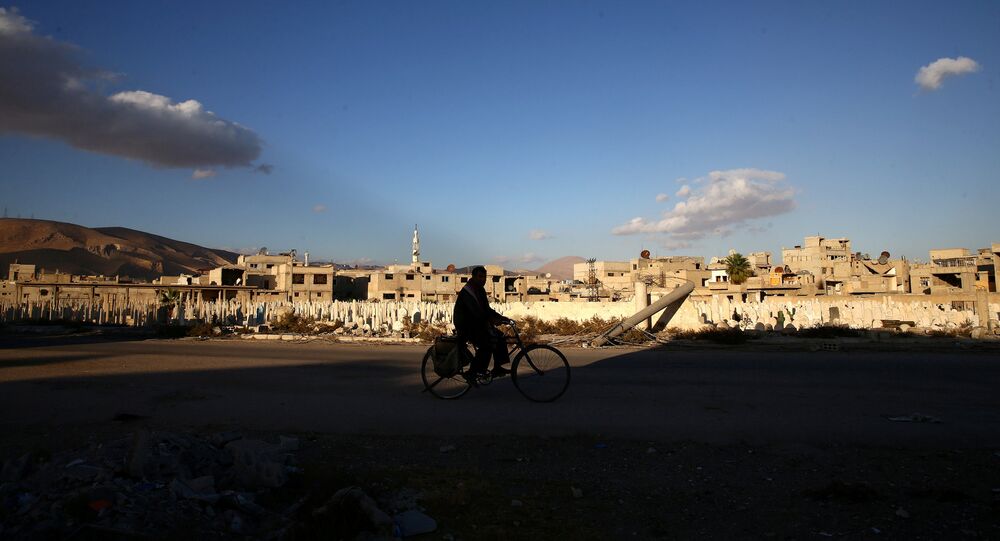 According to Damascus, the weapons were supplied through Eastern European countries, including Ukraine and the Balkan countries.

The US and its allies supplied weapons to Daesh* and Nusra Front* terrorists, including via third countries such as Ukraine, according to Alaa Saeed Din Hamdan, the first secretary of the Syrian Foreign Ministry's international relations department.

"It is obvious that the United States and its allies are supplying a huge amount of ammunition and weapons, using third countries such as the Eastern European countries, Ukraine, and the Balkan states, to fuel the Nusra Front and Daesh," the official said.

Syria has advanced in the destruction of international terrorism, but the actions of external players are hampering its victory, he added.

Hundreds of tons of weapons were once delivered through Jordan's port to southern Syria into the hands of terrorists, official added.

"The United States is supplying arms to other terrorist groups. They act through intermediaries and play an important role in the black market in the illicit arms industry," he said.

© AP Photo / Hassan Ammar
Syria Never Used And Will Not Use Chemical Weapons - Ambassador to Russia
He noted that "there is a strong link between the illegal arms trade and the continuing actions of terrorists in Syria."

Neither of the countries mentioned by Damascus have commented on the accusations so far.

Earlier, Syrian government forces reportedly found large caches of weapons and other military equipment in depots located in the towns of al-Maalaqah and Jubata al-Khashab in the province of Quneitra. Large quantities of medicines were also found in the depots.

Government forces that recently regained control over many territories once controlled by terrorists are still carrying out offensives against militants in some parts of the country.

*Daesh (also known as Islamic State, ISIS, ISIL or IS) and Nusra Front are terrorist organizations, banned in Russia.