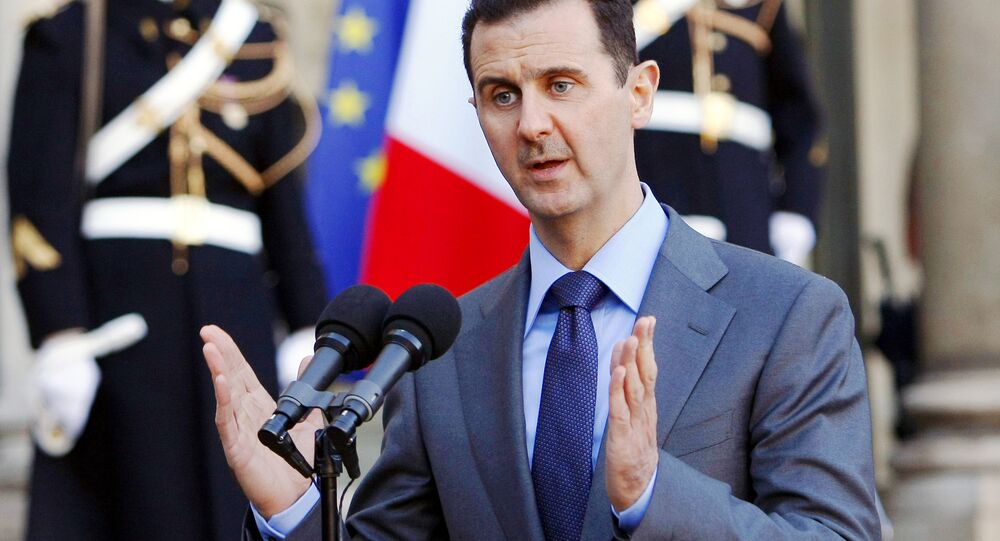 Syria's Foreign Minister Walid Muallem has stated that Damascus was determined to liberate the province of Idlib from terrorists.

Speaking on France-Inter radio on Sunday, French Foreign Minister Jean-Yves Le Drian said that Syrian President Bashar al-Assad has won the country's civil war but will not “win the peace” without a political solution aided by international mediators.

“Assad won the war, we have to state this. But he hasn’t won the peace,” Le Drian announced.

According to the minister, the West would retaliate if сhemical weapons are used against civilians in the looming battle in the province of Idlib.

© Photo : YouTube/AiirSource Military
US Submarine Armed With Tomahawks Spotted Near Mediterranean Amid Warnings of Staged Chemical Attack in Syria
He further claimed that even if the government's forces managed to retake Idlib – the last terrorist stronghold – it would not solve the problems that triggered the war seven years ago.

Le Drian also added that France will use this month’s UN General Assembly to push for a peaceful solution in Syria, and is currently involved in negotiations with the guarantors of peace in the region – Russia, Turkey and Iran – to push them to use their clout with Assad to make political talks happen after the war is over.

In late August, French President Emmanuel Macron said that Paris was ready to conduct further airstrikes against Syria if Damascus were to use chemical weapons.

"We will continue acting this way if we see new confirmed cases of the chemical weapons use," Macron said.

The French president later stated that he feared a grave humanitarian crisis in Idlib, saying that France expected Russia and Turkey to pressure the Syrian government over the situation in the province.

Earlier in the day, Syrian Foreign Minister Walid Muallem, stated that Damascus was determined to clear Idlib of terrorists.

© Sputnik / Iliya Pitalev
US Threats to Strike Syria Over Alleged Chemical Weapons Won't Stop Damascus From Idlib Op - FM
In August, Russian military officials warned of a plot by terrorists and the so-called White Helmets to stage a chemical provocation in order to provoke a new round of Western retaliation against the Syrian government.

A week ago, Russian Defense Ministry spokesman Maj. Gen. Igor Konashenkov said that terrorists had smuggled eight canisters of chlorine gas into a village southwest of Idlib in order to accuse Syrian government forces of using chemical weapons against civilians.

Back in April, several Western media outlets reported that Syrian government forces had used chemical substances against civilians in the city of Douma. While the Syrian authorities vehemently denied any involvement, branding the "attack" a false flag, the US, France and the UK carried out joint airstrikes against several targets in Syria.