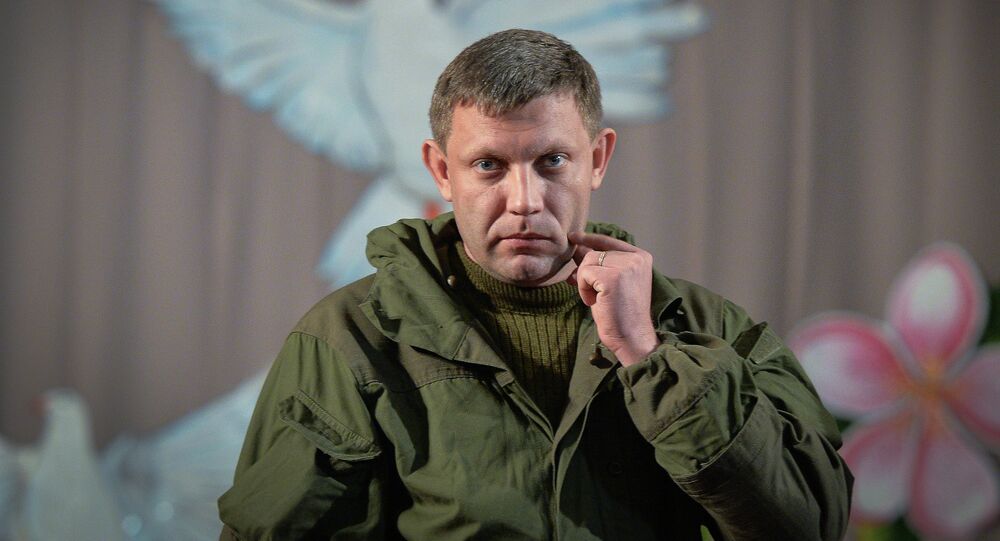 DONETSK (Sputnik) - Residents of the capital city of the self-proclaimed Donetsk People's Republic (DPR), whose leader Alexander Zakharchenko was killed in an explosion at the Separ cafe on Friday, are bringing flowers to the site, a Sputnik correspondent reported on Saturday.