ANCHORAGE (Alaska) (Sputnik) - Business sector of the US state of Alaska is concerned over the situation surrounding an ongoing trade conflict between the United States and China, Greg Wolf, the executive director of the World Trade Center of Alaska, said in an interview with Sputnik.

"In my view, tariffs and sanctions usually don't benefit anyone. It's sort of a lose-lose… Probably more so than the sanctions or tariff relations with Russia, because it's such a small trading partner, it's probably more concerning to us about what happens with the US and China… Since 2011 they've been our number one partner. So what happens there would affect Alaska more significantly," Wolf said.

According to Wolf, seafood makes up about 50 percent of Alaska's exports and China is the state's largest customer.

The trade row between Washington and Beijing erupted in March after US President Donald Trump announced that his administration would impose tariffs on imported steel and aluminum. China and the United States have imposed several rounds of import duties on each other since then.

Earlier in August, China announced 25-percent tariffs on $16 billion worth of US goods after Washington imposed the same tariff rate on the same value of Chinese goods.

The US State of Alaska and Russia are developing a successful cooperation in the export of services, including engineering, construction and logistics, Greg Wolf said.

"Where we have had success between Alaska and Russia, especially the Russian Far East, is in the export of services — technical and professional services like engineering, like construction, like design, like oil and gas field services, logistics, mining consulting," Wolf said. 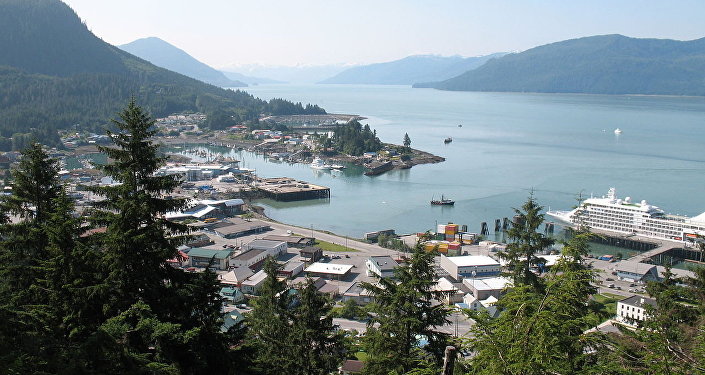 © CC BY-SA 3.0 / Hans-Jürgen Hübner / View of Wrangell Alaska
Room Exists for Greater US-Russia Cooperation in Arctic - Alaska Senator
He added, however, that, according to trade statistics, Alaska "does not do very much actual trade" with Russia.

Wolf's interview comes following an annual session of the Russian American Pacific Partnership (RAPP), hosted by the city of Anchorage in July and attended by officials and representatives of businesses and NGOs from both Russia and the United States.

Adviser on US-China Trade Talks: 'At Some Point There Will Be Compromise'