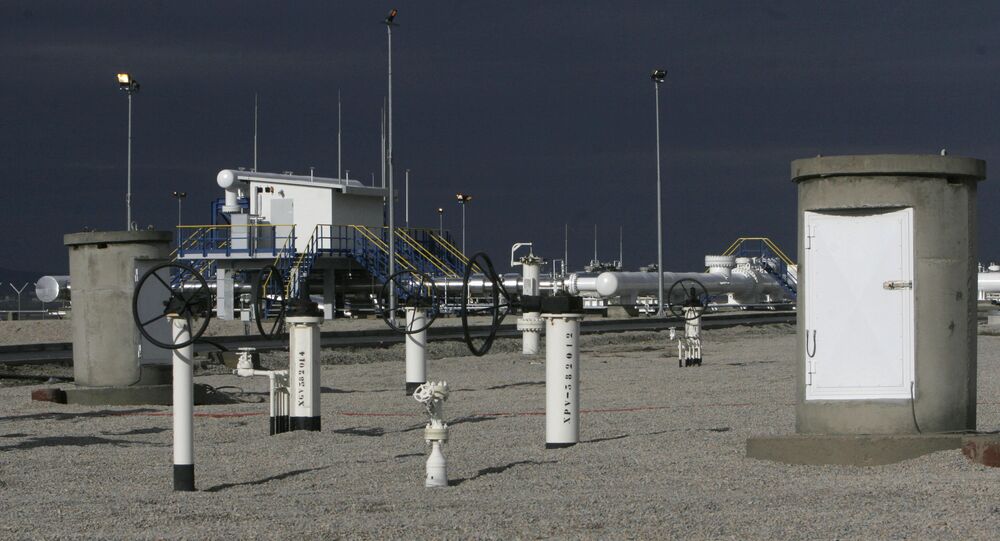 BAKU (Sputnik) - Earlier in August, the State Oil Company of the Azerbaijan Republic announced that the commission would allocate around $5.8 million to support the Trans-Anatolian Natural Gas Pipeline project, part of the Southern Gas Corridor (SGC).

She also said that Berlin was ready to contribute to the diversification of Azerbaijan's economy.

© Sputnik / Grigoriy Sisoev
Germany Can't Give Up on Cooperation With Russia in Oil and Gas – Merkel
The German chancellor has already traveled to Georgia and Armenia as part of her three-day working visit. Earlier in the day, Merkel met with Azerbaijani President Ilham Aliyev.

Azerbaijan is one of the key countries that partake in the SGC project, launched by the European Commission and aimed at obtaining new sources of gas supplies to Europe. The project envisages the construction of the infrastructure that will help deliver gas from the Caspian region, namely Azerbaijan, to Europe via Georgia and Turkey.