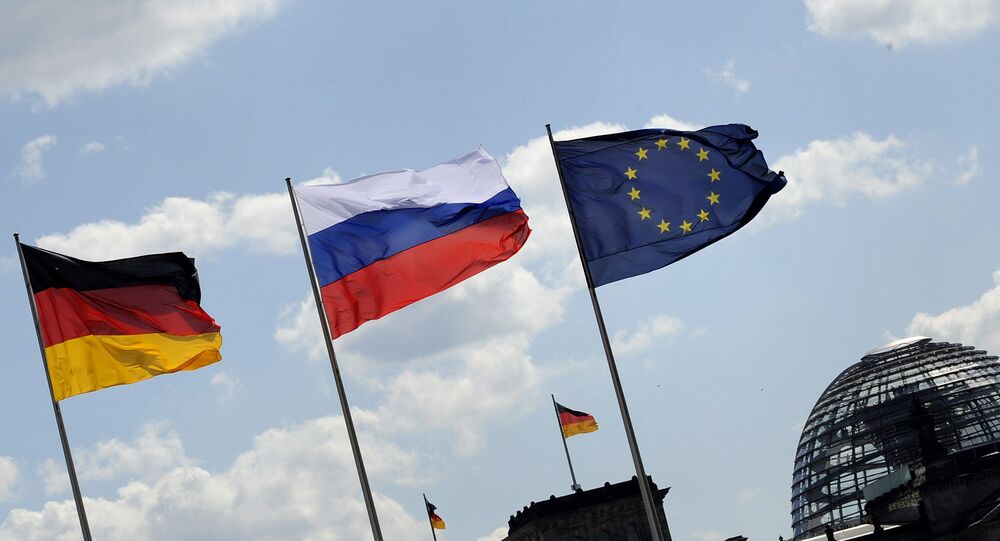 BERLIN (Sputnik) - The German Committee on Eastern European Economic Relations (OAOEV) said on Wednesday that the possibility of new US sanctions against Moscow put at risk the prospects of Russian-German trade, which grew by 5 percent over the first six months of 2018 compared to last year.

"The prospects of the German-Russian trade are still marred by new possible US sanctions which are currently discussed in Washington. These sanctions are dangerous because they can target European partners of Russian companies. We believe this contradicts international law and we hope that the European Union and the German government will be able to prevent the worst," Wolfgang Buchele, the OAOEV chair, said, as cited in the press release.

READ MORE: US Senator to Ask President to Lower Sanctions Against Russian Legislators

According to the OAOEV, the Russian-German trade grew by 5 percent in the first six months of this year, compared to 2017. German imports of Russian goods increased by 7.5 percent, while exports rose by 2 percent, the OAOEV said.

© Sputnik / Vladimir Astapkovich
Fitch: Russia 'Copes Well' With New US Sanctions, Economy Resilient to Shocks
Earlier in the month, the United States announced a new round of sanctions against Russia over its alleged involvement in the poisoning of former Russian spy Sergei Skripal and his daughter Yulia in UK's Salisbury in March. The first wave of restrictions took effect on Wednesday, while the second package depends on Moscow's future policies.