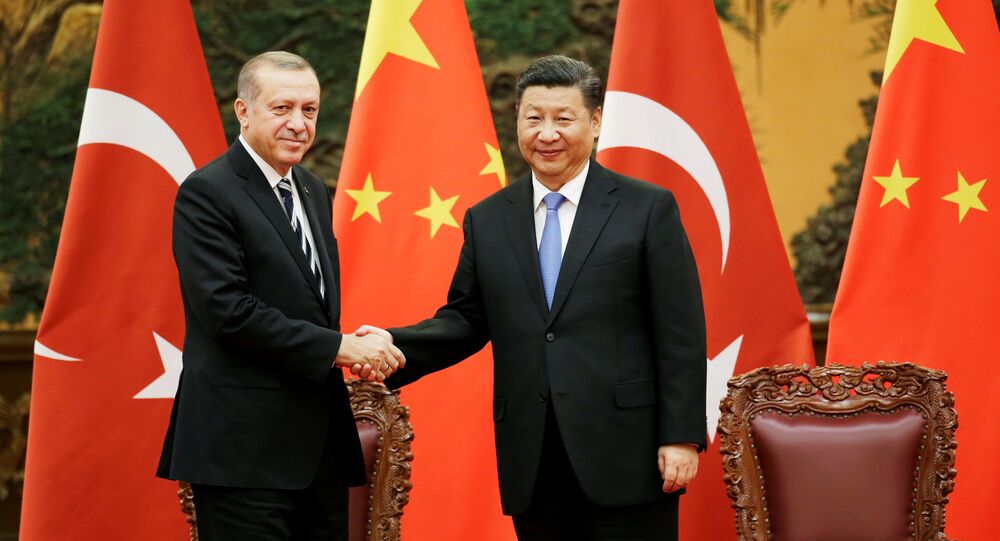 "Beijing has taken note of the recent events related to Turkey's economic and foreign policy relations. Turkey is an important developing market, Turkey's stability and development are favorable for regional peace and stability. China is sure that Turkey is strong enough to overcome its temporary economic difficulties," Lu said in a statement.

He also expressed hope that the sides would settle their differences via dialogue.

"China has always paid attention to its cooperation with Turkey in trade, economic and financial areas, and it stands for cooperation between the two states in compliance with market principles," the statement read.

© REUTERS / Murad Sezer/Illustration
Turkey to Retaliate if US Slaps on More Sanctions - Minister
The Turkish lira fell to a record low last week after US President Donald Trump authorized the doubling of steel and aluminum tariffs on Turkey, up to 50 and 20 percent, respectively. However, the currency recovered six percentage points on Wednesday following Qatar's announcement that it would provide a $15 billion package of deposits and investment projects to the country.

Turkey has been clashing with the United States over trade issues since March, when Trump initially introduced 10 and 25 percent duties on imports of aluminum and steel, for US trade partners, including Turkey. Ankara has called the tariffs unacceptable and pledged to take retaliatory measures.