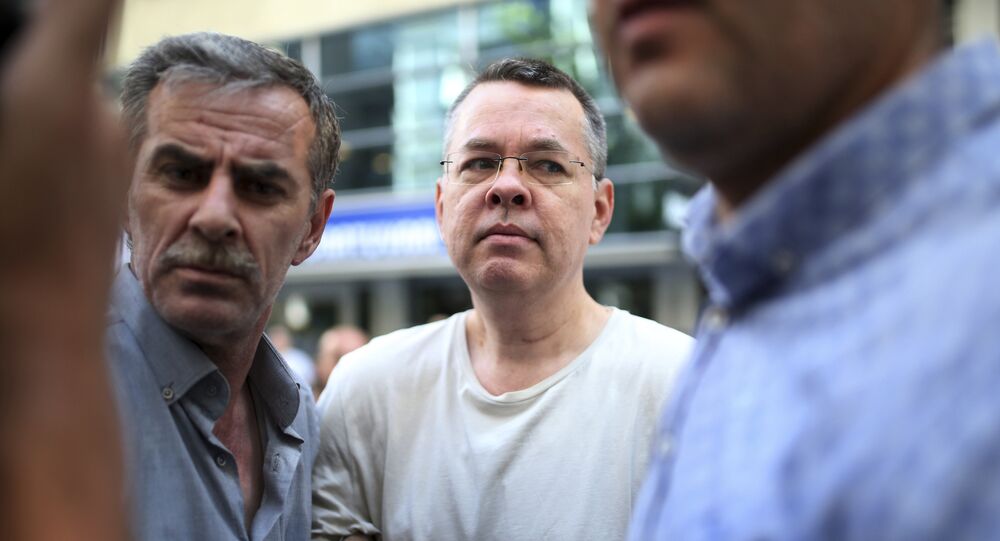 With tensions between Turkey and the US already at boil over the imprisonment of American pastor Andrew Brunson, US President Donald Trump took to Twitter on Thursday to request that he represent the Land of the Free as a "great patriot hostage."

Noting that Turkey "has taken advantage of the United States for many years," Trump went on to say that the administration will "pay nothing for the release of an innocent man."

​Brunson was arrested in October of 2016 for reportedly playing a role in the failed Turkish coup that took place in July 2016. Citing failing health, Turkish authorities released him from prison in July 2017 and placed him on house arrest.

In recent months, the Trump administration has been calling on Turkish President Recep Tayyip Erdogan to release Brunson, as he is innocent. With Turkey refusing to do so, the US opted to sanction two high-level officials within Erdogan's cabinet and issue tariffs on Turkish steel and aluminum, which led to the lira falling. Ankara later responded to Washington by imposing its own tariffs on American cars, alcohol and tobacco imports.

US Treasury Secretary Steven Mnuchin revealed at Thursday meeting in the White House that the US would be ready to tack on additional sanction on Turkey, if Erdogan refuses to release Brunson. "We have more that we're planning to do if they don't release him quickly," he said.