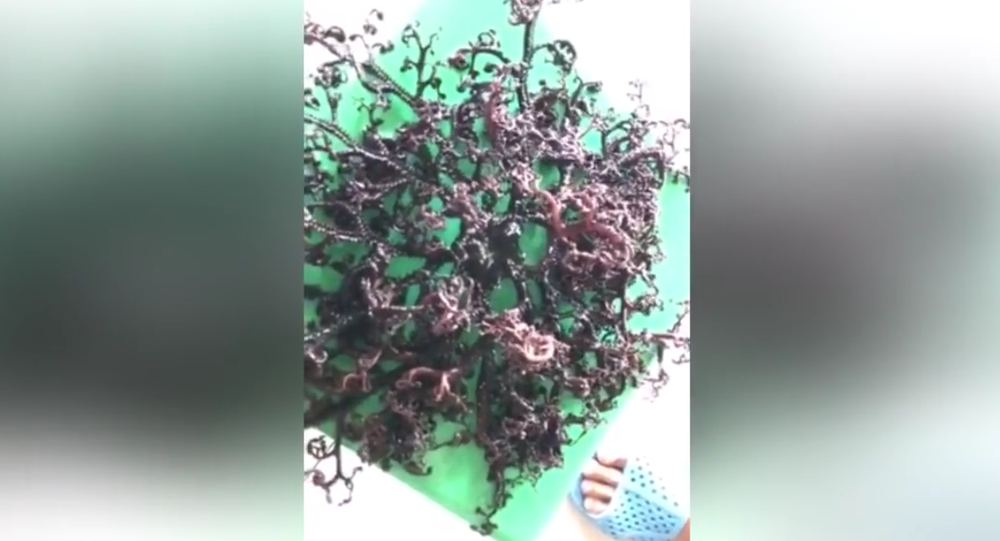 Sometimes nature gives us a glimpse into the world of the animal kingdom with all of its wonders and oddities, which is quite true when we discuss creatures that come from the depths of the ocean.

People in Vietnam had their share of fear and confusion when they found this little guy on the beach. It was really difficult to say if this thing with hundreds of tiny tentacles was a plant or an animal, but it definitely frightened the living daylights out of everyone. So they put it back into the ocean to avoid seeing it again or attracting something even more bizzare.

"This is a monster! One day it will return from the ocean and it will be ten times bigger," frightened locals said.

However, according to biologists, this is not a new kind of alien, but a common inhabitant of the ocean floor, called a Brittle star or ophiuroid. Well, it is good to know that these tentacles don't pose a menace to humans, nonetheless, it might be a better idea to keep them at a safe distance!