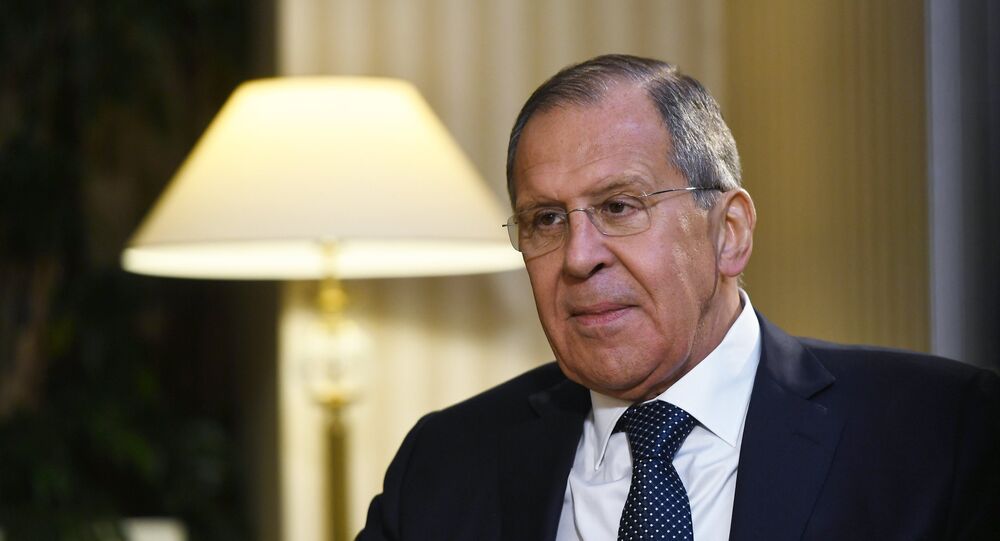 Lavrov: US Accusations Against Russia in Skripals Poisoning Absurd

The US Department of State earlier announced new sanctions on Russia over accusations of chemical weapons having been used by Moscow against former Russian intelligence officer Sergei Skripal and his daughter Yulia in the United Kingdom.

Russian Foreign Minister Sergei Lavrov has called the US State Department's accusations of Moscow's involvement in the Skripal case absurd.

"… I think everyone who is even slightly familiar with the so-called Skripal case, understands the absurdity of the statement contained in the State Department's official document; that the US has established that it is Russia that is guilty of the Salisbury incident," Lavrov said, when answering journalists' questions.

© AP Photo / Petros Karadjias
UK Def Sec Accuses Russia of 'Malign Behavior,' Hints at Skripal Poisoning Link
On March 14, days after the Skripals were found unconscious on a park bench in Salisbury, England, UK Prime Minister Theresa May announced that she would be expelling 23 Russian diplomats from the country. May justified her decision by saying it was "highly likely" the mysterious poisoning had been carried out by Russia, in part because the substance used to poison the pair had been identified as novichok, a military-grade nerve agent developed in the Soviet Union.

UK labs have been unable to trace the origins of the specific substance that poisoned the Skripals.

Moscow has denied these allegations and asked for access to the case's materials, including the nerve agent.