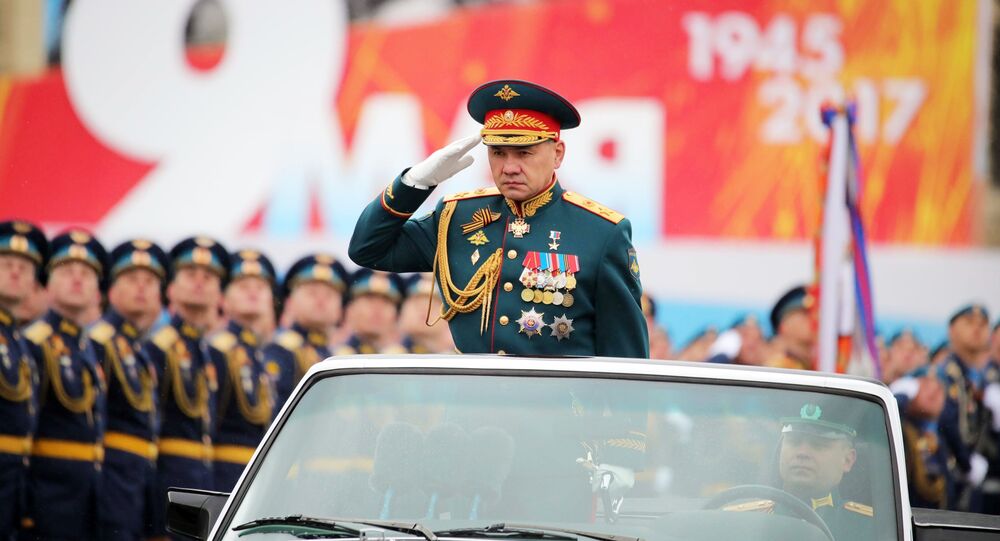 Moscow will not tolerate a political dialogue with Germany based on the concept of using force, Russia's Defense Minister Sergei Shoigu said in an interview with the Russian television channel Rossiya 24.

The statement came in response to previous remarks by German Defense Minister Ursula von der Leyen about the need for Berlin to take a hardline stance on its ties with Moscow.

"Given what Germany did in our country, I think they should keep mum on the matter for the next two hundred years," Shoigu stressed, in an apparent nod to the Nazi invasion of the Soviet Union during World War Two.

In addition, he said that one should "ask [our] grandfathers" what it means to talk to Russia from a position of strength, in another clear reference to the Soviet Union's role in defeating Nazi Germany.

At the same time, Shoigu reiterated Russia's readiness for any mutually beneficial contact and advantageous cooperation.

Earlier this week, NATO deputy spokesman Piers Cazalet posted a short clip on his official Twitter account called, "What are today's security challenges?," listing an "assertive" Russia alongside terrorism, cyber-attacks and other potential threats to the alliance.

The Russian "challenge," according to the clip, includes "its military build-up close to NATO's borders." The clip is an excerpt from a longer video called: "NATO: What is it, why does it still exist, and how does it work?"

© REUTERS / Gonzalo Fuentes
Russia Should Enter NATO as Part of Alliance's Anti-Terror Mission – Le Pen
NATO has expanded east since the end of the cold war, taking in states directly bordering Russia such as Poland and the Baltic states.

Since the eruption of the Ukrainian crisis in 2014, NATO has been significantly increasing its presence in Eastern Europe using alleged Russian interference in the Ukrainian internal affairs and so-called "Russian aggression" as a pretext.

Moscow has many times expressed its protests against the NATO military buildup, saying that this move will undermine regional stability and result in a new arms race.