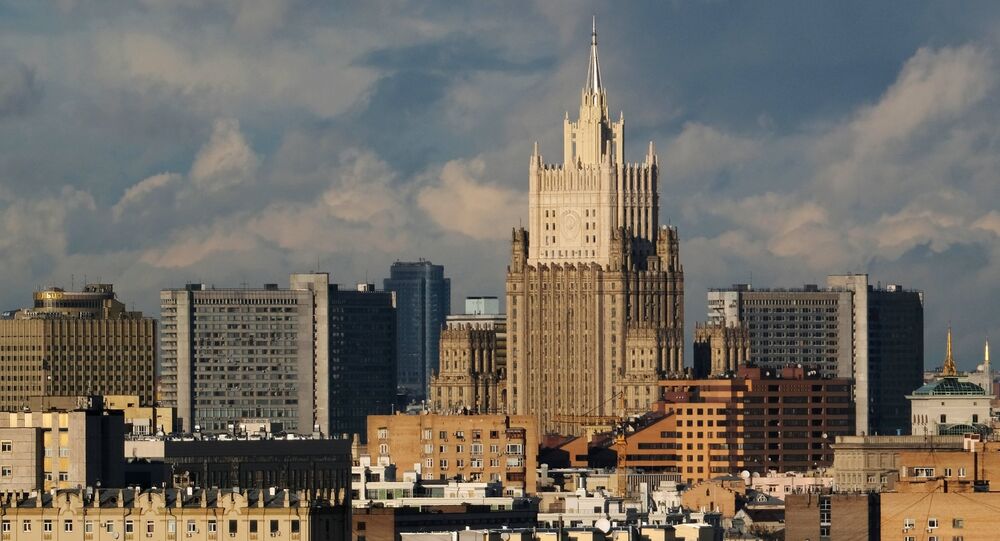 Earlier, the UN released a report, claiming that Pyongyang has not stopped its nuclear and missile programs.

The United States is trying to maintain maximum pressure on North Korea as long as possible, until the "completion of denuclearization process," it is a destructive policy, the Russian Foreign Ministry said on Friday.

"Obviously, Washington is trying to keep the 'maximum pressure' on Pyongyang as soon as possible, up to the 'completion of the denuclearization process.' Such policy, that is destructive for the Korean peninsula settlement, is totally unacceptable," the ministry's statement read.

The Russian Foreign Ministry said that Moscow blocked the US application in the UN Security Council Committee on the DPRK to include new physical and legal entities, including the Russian bank Agrosoyuz, in the sanctions list.

The ministry stressed that the US latest sanctions endeavors not only hampered improvement of the Russian-US relations, but also "contradict the logic of easing tensions around North Korea."

"The evidence presented by the US side in support of its proposal is completely unconvincing," the statement read.

© Sputnik / Iliya Pitalev
Pompeo Suggests Americans Would Want to Invest in 'Open, Rules-Based' DPRK
Earlier, the US State Department said in a press release on Friday that US Secretary of State Mike Pompeo during a meeting in Singapore with Chinese Foreign Minister Wang Yi emphasized the need to implement UN Security Council resolutions on North Korea.

North Korea has faced several rounds of sanctions over its nuclear and ballistic missile tests, conducted in violation of the UN Security Council's resolutions. The restrictions have not been lifted yet despite easing tensions on the Korean Peninsula.