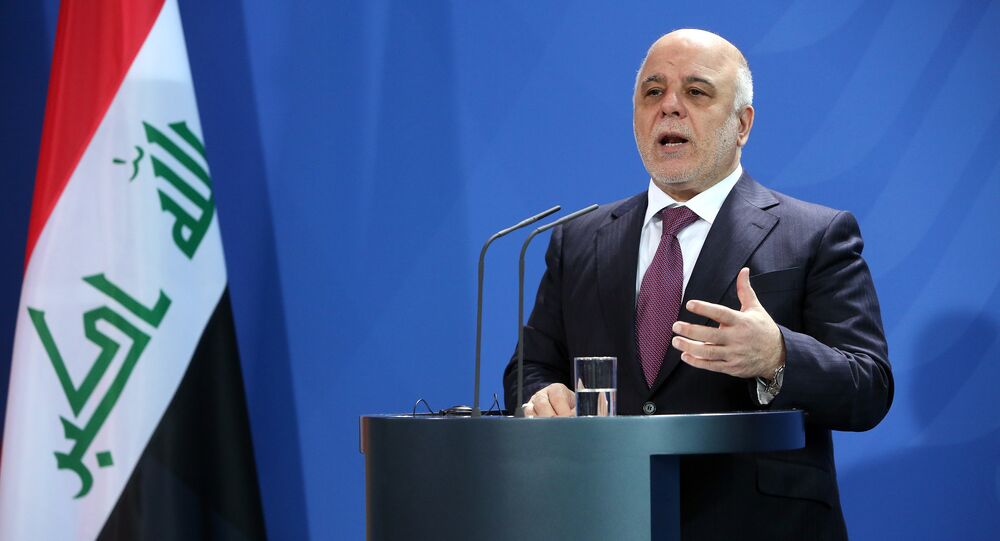 Iraqi PM: We Won't Interact With Anti-Iran Sanctions, Will Protect Our Interests

On Monday night, the US introduced the first wave of sanctions targeting Iran's acquisition of dollar bank notes, trade in gold and other metals, transactions related to the Iranian rial, and purchases of commercial passenger aircraft entered into force.

"We are against international sanctions and there is an experience in Iraq that led to the weakening of the country and the people," state television quoted Prime Minister Haider al-Abadi as saying on Tuesday.

© Sputnik / Vladimir Pesnya
JCPOA Can't Be Sacrificed Just Because US Wants to Punish Iran - Russia
In May, Trump announced that the United States would be pulling out of the Joint Comprehensive Plan of Action (JCPOA), also known as the Iran nuclear deal, signed in 2015 in Vienna by Iran, the European Union, China, France, Russia, the United Kingdom, the United States, and Germany.