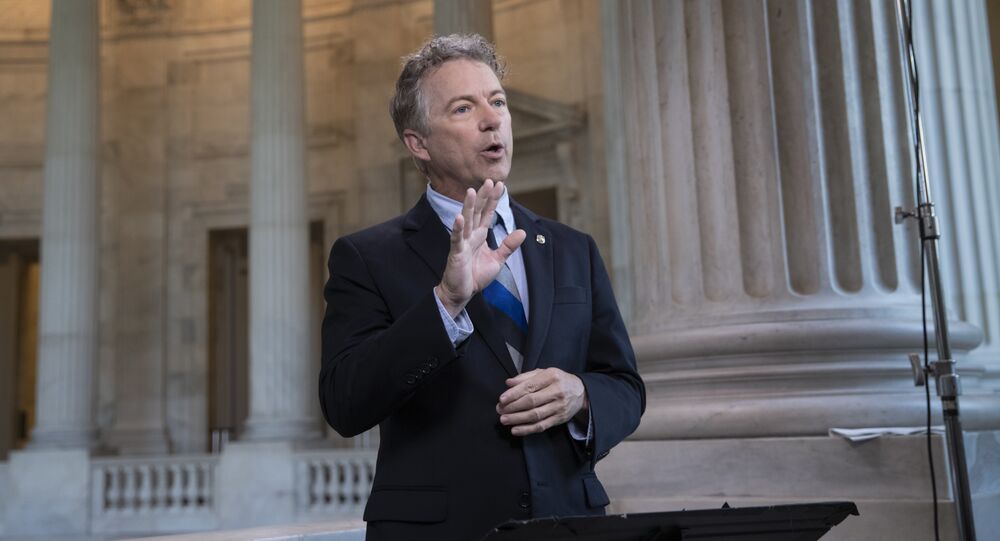 US Senator Invites Russian Lawmakers to Hold Talks in Washington

MOSCOW (Sputnik) - On Monday US Senator Rand Paul urged to step up interaction between US and Russian legislative bodies and expressed hope for an open dialogue between the two countries.

The US official also invited Russian lawmakers to visit Washington to hold talks with their American counterparts. Paul added later that it might be possible to organize a meeting in a third country.

"I am pleased to announce that we will be furthering this conversation. We have invited members of the foreign affairs committee of Russia to come to the United States to meet with us in Washington and we're also trying to arrange meetings in a third neutral county as well," Paul told reporters.

© AFP 2020 / MLADEN ANTONOV
US Senators Introduce Sanctions Bill, Targeting Russia's Sovereign Debt, Energy
Kosachev, in turn, noted after the meeting with Paul that the lawmakers may discuss sanctions, strategic stability, and economic issues this fall, before the midterm elections in the US. The Foreign Affairs Committee chairman stated that during the meeting he had discussed the issue of Russia's alleged meddling in the US election, stressing that "there was and will be none."
...
Reddit
Google+
Blogger
Pinterest
StumbleUpon
Telegram
WhatsApp
102

Russian Envoy Discusses Resumption of Inter-Parliamentary Links With US Senator

US Congress Sees Russia as 'Competitor', Aims to Prolong Ban on Military Ties