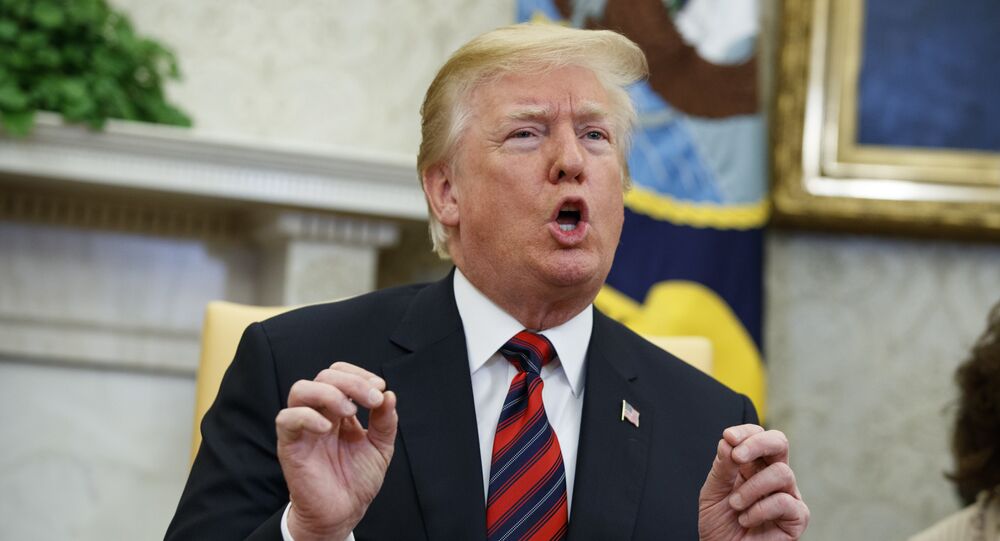 MOSCOW (Sputnik) - Senior officials in Australian government believe that US President Donald Trump is possibly ready to strike Iran's nuclear targets as early as next month, media reported on Friday.

According to the ABC broadcaster, Australian defense facilities and UK intelligence services might assist the United States in identifying Iran's nuclear targets.

Australian Prime Minister Malcolm Turnbull said, however, he had "no reason to believe" the United States was preparing for the operation, the broadcaster added.

READ MORE: Iran Unlikely to 'Roll Over' in the Face of Trump's Threats – Analyst

© AP Photo / Mostafa Qotbi/IRNA
Iranian Commander to Trump: You Will Start War, We Will End It
Last week, Iranian President Hassan Rouhani cautioned Trump "not to play with lion's tail," after US Secretary of State Mike Pompeo had pledged to persuade US allies to halt purchases of Iranian oil by November. Commenting on Rouhani's remark, Trump warned the Iranian president of "severe consequences" if he continued to make threats toward the United States.

The already tense relations between Iran and the United States took a nosedive in May, after Trump announced US withdrawal from the Joint Comprehensive Plan of Action (JCPOA), commonly known as the Iran nuclear deal, and re-imposed sanctions against Tehran which had been lifted under the JCPOA in exchange for curbing its nuclear program.