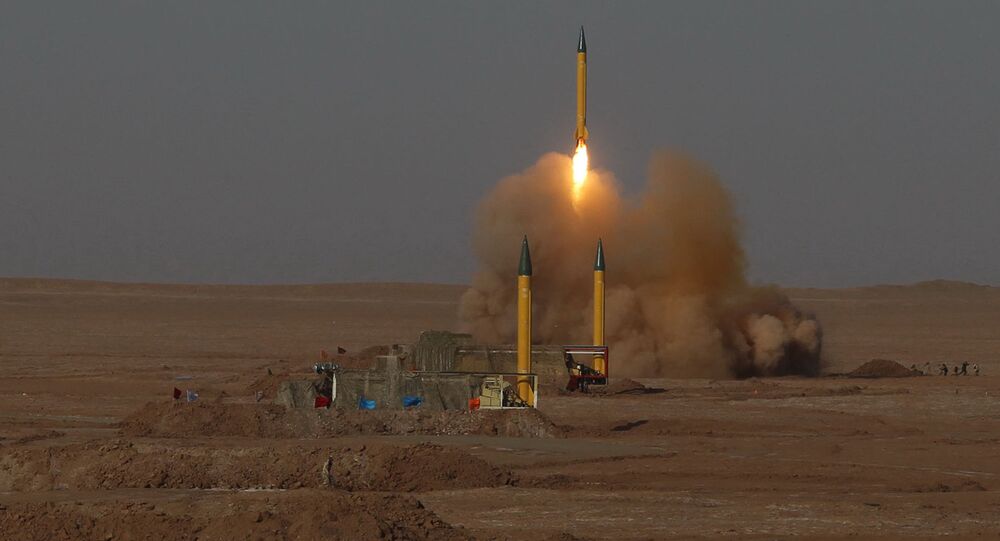 Over recent weeks, Tehran and Washington have been engaged in a war of words, warning each other against taking aggressive actions, in particular pertaining to the oil trade blockade.

"If the current capabilities of the Revolutionary Guards … reaches the ears of the adventure-seeking president of America, he will never make this kind of mistake and will reach the understanding that an oil threat can be easily answered," he told the Tasnim news agency.

Earlier in the day, Iranian President Hassan Rouhani said that the country’s steadfastness, unity, and integrity are the most powerful response to the "cheap" threats of US authorities.

"Iranian nation's steadfastness, unity, integrity and disregarding of their threats and plots and choosing the path of resisting and attempting to foil the enemies' plots are the most powerful response to the cheap remarks of US rulers. … The Iranian nation have opposed US rulers' stubbornness and mistreatment in all fields since the beginning, choosing the path of resistance and steadfastness," Rouhani said, as quoted by the president’s official website.

Meanwhile, the day before, Armed Forces Chief of Staff Major General Mohammad Bagheri said that the US should not threaten Iran because it would receive a "strong, unimaginable and regrettable" response.

© AFP 2020 / NICHOLAS KAMM
Turkey Refuses to Join US Sanctions on Iran, Calls Them 'Mistake'
The exchange of warnings between Washington and Tehran has intensified recently. After Trump called for US allies to completely abandon imports of Iranian oil by early November, Iranian President Hassan Rouhani urged his US counterpart to stop playing with fire. Trump, in his turn, warned Tehran of consequences "the likes of which few throughout history have ever suffered," if Iran threatens the United States.

US Secretary of the Treasury Steven Mnuchin emphasized that the United States was ready to slap sanctions on every country that continued to import oil from Iran after the November 4 deadline.

Relations between the two countries deteriorated in May when Trump announced the US withdrawal from the Joint Comprehensive Plan of Action (JCPOA), also called the Iran nuclear deal. In addition, the US president vowed to re-impose unilateral sanctions against Tehran. The move was not supported by the other signatories to the agreement; China, Russia, France, Germany, Great Britain and the EU all refused to follow the US, reaffirming their commitment to the accord.