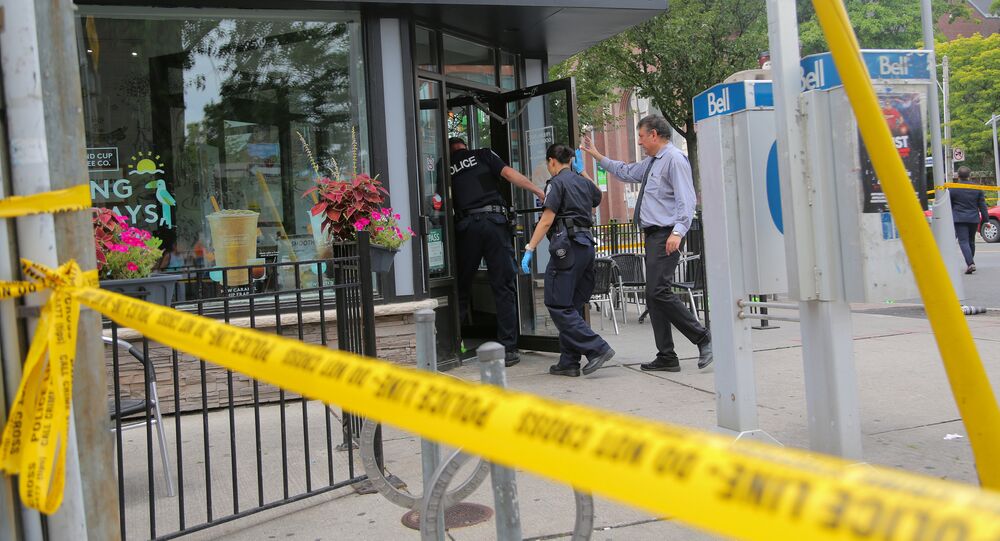 The Canadian police have identified Faisal Hussain, 29, as the assailant who killed a 10-year-old girl and an 18-year-old college student.

Toronto Police Chief Mark Saunders said that no evidence had been found to back the Daesh* terrorist group's claim of responsibility for a deadly shooting in the Canadian city of Toronto.

"At this stage, we have no evidence to support these claims… Accurate information about this investigation will only be released by the Toronto Police Service," Saunders said.

Earlier, however, Toronto Police Chief Mark Saunders said that the authorities did not know what led to Sunday night’s shooting, but he did not exclude terrorism as a motive.

© REUTERS / Chris Helgren
Toronto Mayor Calls for Stricter Gun Control After Deadly Mass Shooting
A woman and a young girl were killed and 13 others injured in a shooting Sunday night in Toronto’s Greektown neighborhood. The person allegedly responsible for the attack died from a gunshot wound, but the authorities did not specify whether he was shot by the police.

The Canadian police identified him as 29-year-old Faisal Hussain. According to the AP news agency, Hussain's family said he suffered from serious mental problems, but they never expected him to become violent.

Terrorism Not Ruled Out as Motive in Toronto Shooting - Police Chief