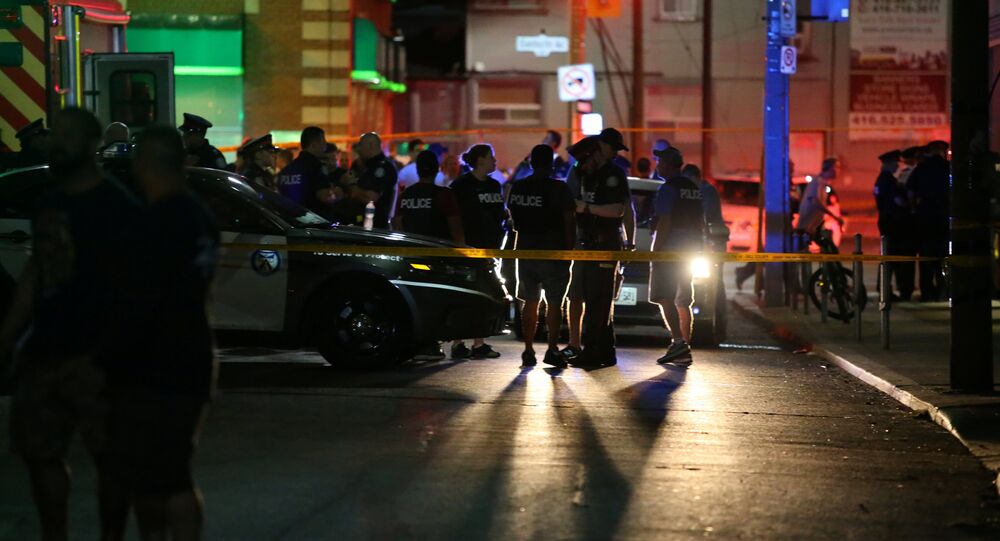 Canadian police identified Faisal Hussain of Toronto on Monday as the person responsible for the Sunday shooting in the Danforth area of the city.

© REUTERS / Chris Helgren
Terrorism Not Ruled Out as Motive in Toronto Shooting - Police Chief
According to the National Post, Ontario's Special Investigations Unit revealed that 29-year-old Hussain was found dead on the scene from an apparent gunshot wound following an exchange of fire with police. It's unclear if the fatal shot came from police. An autopsy is scheduled for Tuesday.

Although officials have yet to determine a motive for the crime, they have not ruled out terrorism. "We do not know why this happened yet," Toronto Police Chief Mark Saunders told reporters. "The investigation itself is very fluid, it is very new, it's going to take some time."

Local police were first alerted to the shooting at roughly 10:00 p.m. local time in Toronto's Greektown neighborhood. Two people, an 18-year-old aspiring nurse and a 10-year-old girl, were killed, and 13 others were injured.

AP reports that Hussain's family said he suffered from serious mental problems, but they never expected him to become violent.