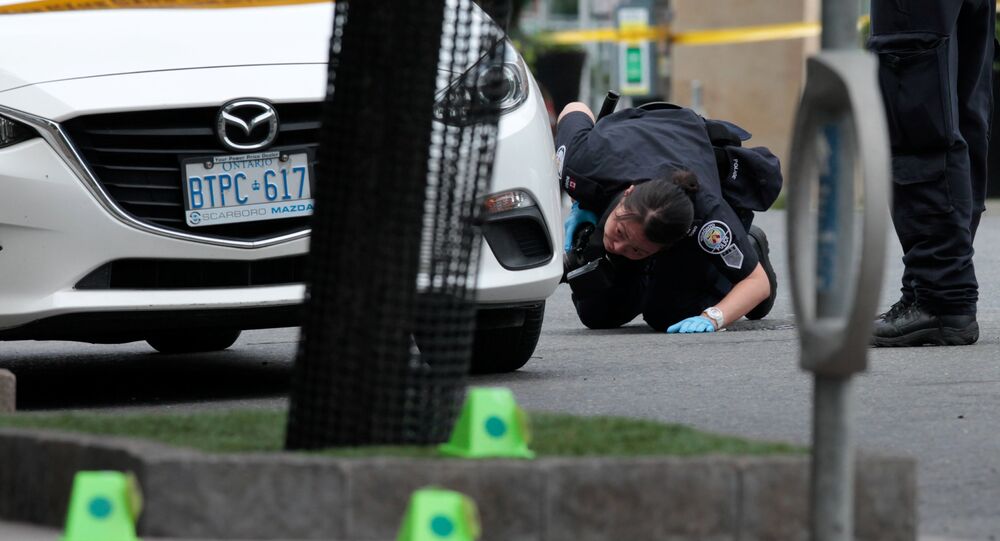 Terrorism Not Ruled Out as Motive in Toronto Shooting - Police Chief

WASHINGTON (Sputnik) - Toronto Police Chief Mark Saunders during a press conference on Monday said authorities do not know what led to Sunday night’s shooting but do not exclude terrorism from consideration as a motive.

"We don't know why this has happened yet, the investigation itself is very fluid, it is very new," Saunders told reporters.

When asked whether the police can rule out terrorism as the reason for the attack, the police chief said it was too early to rule out any possible motive.

The official confirmed two victims were killed in the shooting while 13 others, ranging in age from ten to 59 years old, are being treated in the hospital with minor and serious injuries.

© REUTERS / Chris Helgren
At Least 3 Killed, 13 Reportedly Injured in Toronto Mass Shooting (PHOTO, VIDEO)
The person allegedly responsible for the attack died of a gunshot wound but they did not specify whether or not he was shot by police. Investigators are looking into the alleged shooter’s background, but are not ready to release his identity yet, Saunders added.

Police asked the public for information that may assist the probe because law enforcement does not have enough footage of the incident.