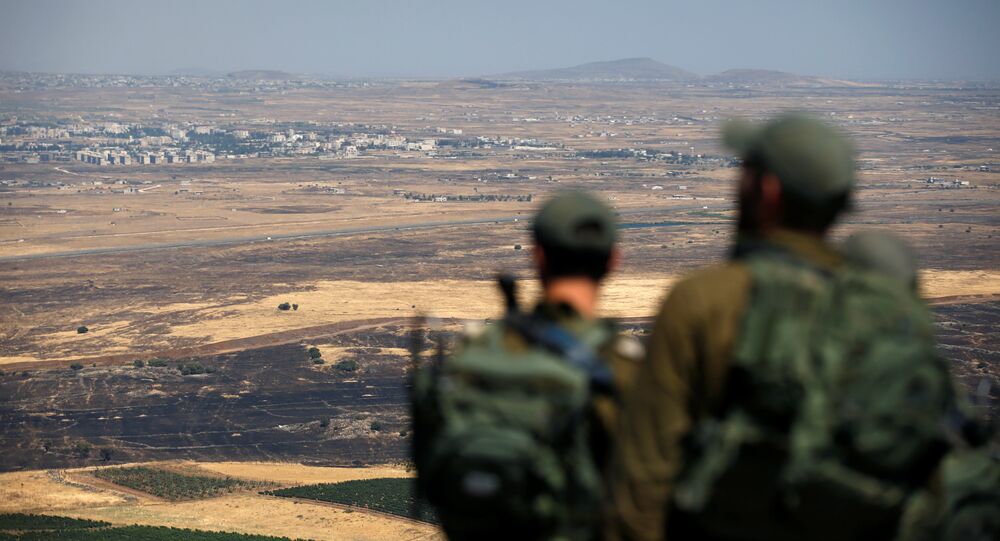 Tehran and Damascus have repeatedly rejected allegations about Iran's military presence in Syria, pointing out that the Islamic Republic only sent military advisors in order to help the Arab country fight against Islamist extremism.

US Republican Congressman Ron DeSantis has suggested that Iran's alleged involvement in Syria's conflict may add to Washington recognizing Israel's annexation of the Golan Heights "as buffer to that conflict."

DeSantis claimed that the move would promote US and Israeli security interests in the face of Iranian and Russian forces' support of Syrian President Bashar Assad.

He pledged to build up a public case for Washington's recognition of Israel's sovereignty in the Golan Heights, something that DeSantis said should be endorsed by President Trump.

"The [US] President is somebody who, if he thinks it is the right thing to do, is going to do it. So I think it is probably better to try to get executive recognition [by Trump] than to try to work legislation through Congress. We can do a 'Sense of Congress' [resolution], but it is not binding on the president," DeSantis pointed out.

"The idea that military conquest transfers rights to ownership – that whoever wins [the] last war has the legitimate right to territory – especially in the Middle East, is a dangerous proposition. I don't think following that policy leads to a peaceful region or a safe and secure Israel either," he emphasized.

The remarks came after Syrian government forces stepped up their offensive in the country's southwestern Quneitra province close to the disputed area of the Golan Heights.

In light of intense battles in the country's southwest and the Syrian Army's advance towards the Israeli border, the Israeli Defense Forces (IDF) has allegedly been put on high alert in the area of the Golan Heights.

Last week, the Syrian Arab News Agency (SANA) reported that the IDF had attacked Syrian Army positions in Quneitra, which was later confirmed by Tel Aviv. Syrian air defenses were able to intercept some of the strikes, with the SANA saying that only material damage had been done.

Syria has repeatedly demanded the return of the Golan Heights, which were captured by Israel during the 1967 Six-Day War and completely annexed in 1981, a move that was condemned by the international community.

READ MORE: Israel Does Not Exclude Establishment of Ties With Syria's Assad – Lieberman

Israeli Prime Minister Benjamin Netanyahu has in turn said that the Jewish state will not retreat to the borders of 1967 and that the Golan Heights will "remain in the hands of Israel forever."

© REUTERS / Jonathan Ernst/File Photo
Netanyahu: Israel Has No Problem With Assad, Won't Attack Syria if Existing Agreements are Upheld
Tensions have, meanwhile, been brewing between Israel and Iran over what the Jewish state sees as Tehran's military expansion in Syria. In May, the two countries reportedly exchanged a series of strikes over the Golan Heights, and Israel's defense minister, Avigdor Lieberman, reported that the country's forces struck "nearly all the Iranian infrastructure in Syria."

In response, Abolfazl Hassan Beigi, a member of the Iranian National Security and Foreign Policy Parliament's Committee claimed that the Islamic Republic had nothing to do with the airstrikes on Israel. He stressed that Iran "has no military presence in Syria, no bases."