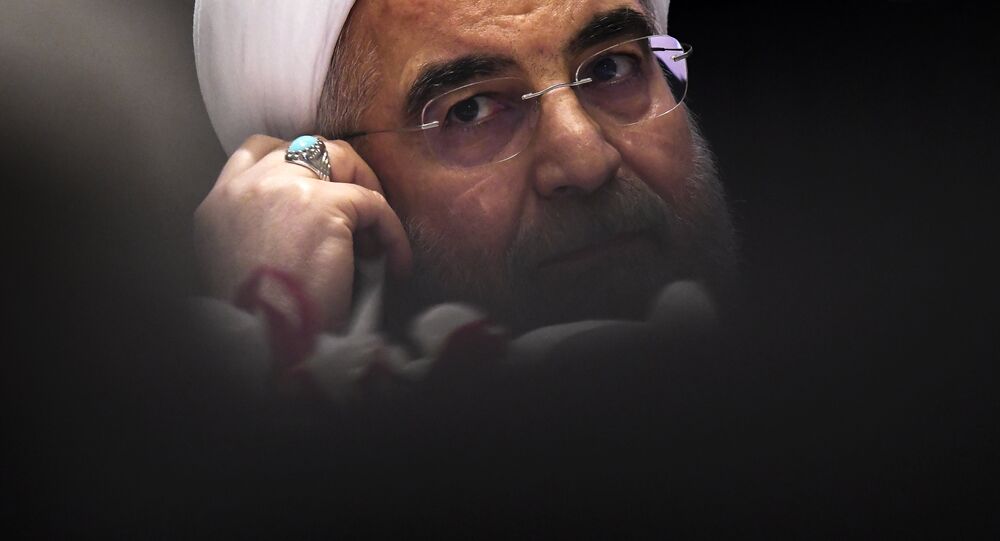 The relations between Washington and Tehran have significantly deteriorated after President Donald Trump announced the US's withdrawal from the Iran nuclear deal.

The chief of staff of Iranian President Hassan Rouhani said that his US counterpart Donald Trump had requested a bilateral meeting eight times during last year's UN General Assembly session in New York.

Mahmoud Vaezi added that the Iranian delegation turned a deaf ear to Trump's requests, stressing that "we [Iranian authorities] have a transparent policy and clear position with regard to our relations with the US […] that [we] will not yield to pressure."

READ MORE: Will Tehran Yield to US After Its Withdrawal From Iran Deal?

The remarks came after Rouhani said in early July that Tehran would stay in the Iran nuclear deal, also known as the Joint Comprehensive Plan of Action (JCPOA), if the remaining signatories to the agreement "can fill in for US commitments made" in the JCPOA.

The statement echoed Iranian Foreign Minister Mohammad Javad Zarif pledging that his country would come back to the negotiating table with the United States if it adheres to the Iran deal.

Speaking at the Heritage Foundation in Washington in May, US Secretary of State Mike Pompeo pledged to apply unprecedented financial pressure to Tehran via sanctions.

He vowed that the new sanctions would be the "strongest in history" and would make Tehran battle to "keep its economy alive." He outlined 12 demands for the Islamic Republic, including the withdrawal of alleged Iranian forces from Syrian territory.

Earlier that month, Trump announced his decision to withdraw from the US from the JCPOA, also pledging to reinstate sanctions against Iran that were lifted as a result of the agreement.

The JCPOA was signed by the European Union and the P5+1 group of countries, including China, Germany, France, Russia, the UK and the US, on June 14, 2015.