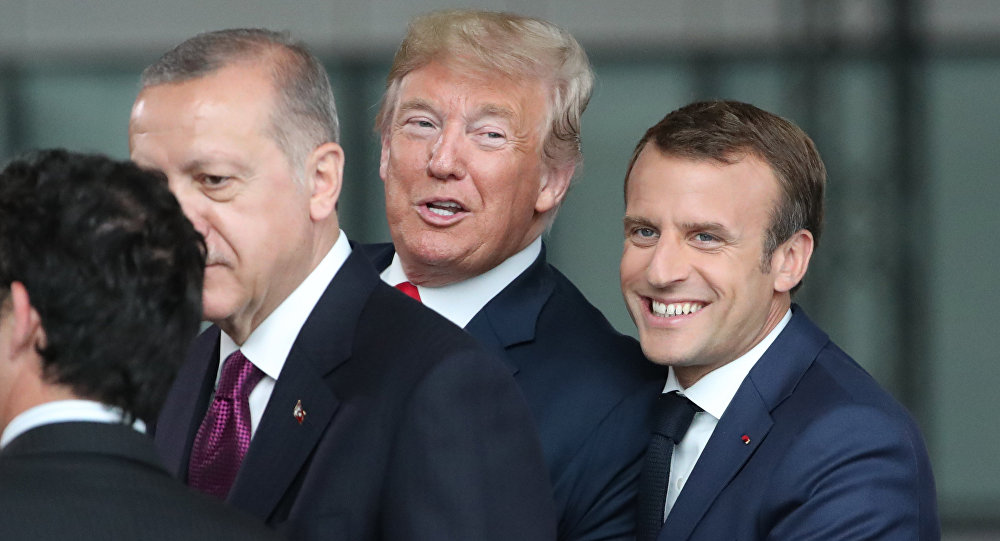 BRUSSELS (Sputnik) - The European Commission on Monday responded to US President Donald Trump labeling the European Union a "foe" with a quote from Sophocles’ play, hinting that the genuine purpose should be to have friends, not foes.

"The only thing I can think of is something that I read in Sophocles’ play 'Antigone' where Antigone says … [in Greek] ‘I was born to have friends not to have foes,’" the commission’s spokesman, Margaritis Schinas, said.

Earlier in the day, EU foreign policy chief Federica Mogherini also commented on Trump’s statement, stressing that the European Union made it clear who its friends were, "the United States, for sure." She also expressed hope that the US administration had a clear idea of its genuine friends.

© REUTERS / Kevin Lamarque
Trump Reportedly Promised May to Raise Skripal Case in Talks With Putin
In a Sunday interview with the CBS News broadcaster, Trump called the European Union a "foe" as far as trade relations between the two sides were concerned. Trump added that Russia was also a foe "in certain respects," as well as China — from an economic point of view.

The comment was made ahead of Trump’s summit with Russian President Vladimir Putin in Helsinki, which started earlier on Monday.