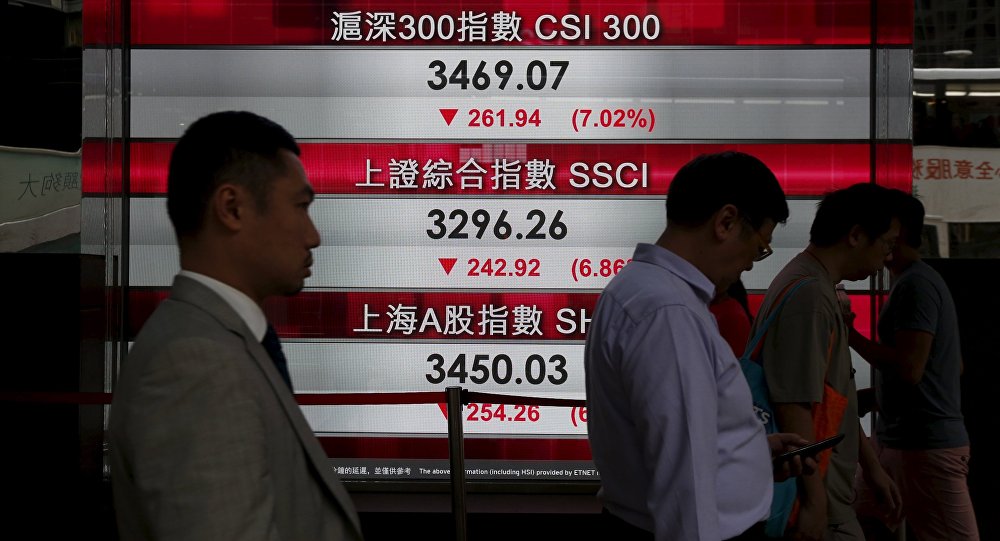 European and Chinese officials have met in Beijing to discuss open trade and multilateralism, but this rapprochement is not likely to produce an economic alliance against the US or any third country.

Kristian Rouz — EU officials say China could further open up its economy for foreign companies and investment and enhance the transparency of its economic policies if the government in Beijing opted to do so. This statement has dominated the bilateral EU-China summit in Beijing Monday. As both sides are seeking an economic rapprochement.

READ MORE: Trump's Trade War to Be Costlier than Feared

European Commission President Jean-Claude Juncker urged Beijing to relax its policies in the manufacturing and financial sector in order to facilitate the operation of European companies in the Chinese market.

"If China wishes to open up it can do so. It knows how to open up," Juncker stressed.

© Photo : Olivier Hoslet
EU Urges US, Russia and China to Avoid Trade Wars, Speed Up WTO Reform
The meeting comes amidst rising fears of disruptions in the international exchange of goods, services, workforce, and capital, as both the US and the UK — along with several other nations — have sought a reform of the international trade system aimed at erasing existing imbalances and trade deficits.

Mainland China is seeking a new source of intellectual property after the Trump administration moved to restrict the access of Chinese firms to US technology. Meanwhile, the EU is interested in China's domestic consumer market and inexpensive labor, as many European manufacturing giants are still planning to offshore some of their operations.

During Monday's meetings, representatives from both China and the EU reaffirmed their commitment to the mechanisms of the World Trade Organization (WTO) to keep bilateral trade open. However, the Europeans have pressed China to further liberalize the nation's economic regulations, whilst China highlighted its interest in technology.

"We need new rules in the areas of industrial subsidies, intellectual property and forced technology transfers, the reduction of trade costs, as well as a new approach to development and more effective dispute settlement," the European Council's Tusk said.

His remarks have revealed European concerns with Beijing's subsidizing of domestic companies, which — EU officials said — gives them an unfair advantage on both the Chinese and international markets. Tusk stressed China could implement a market-based approach to regulation.

© REUTERS / Hyungwon Kang
Competition For Global Market Makes China-EU Trade Alliance Unlikely - Analysts
However, Chinese officials stressed the importance of economic stability, suggesting any liberalization of the domestic market would be gradual and cautious, as Beijing is reluctant to undermine the competitiveness of its own industries.

This comes as mainland China has struggled to maintain a sustainable pace of economic expansion over the past several years, as its economy has been gradually slowing down due to rising labor costs and elevated factory input costs.

But China has greatly benefitted from free and unrestricted global trade, and the ongoing acceleration of the world economy suggests Chinese exports could drive the nation's GDP expansion over the coming several quarters.

"Speaking out together to protect free trade will send a positive signal to the world," Premier Li noted.

There are, however, disagreements between the EU and China, despite both sides being interested in deepening economic cooperation. EU Chamber of Commerce said in a separate communique that China is "one of the most restrictive economies in the world" — and things are unlikely to change significantly in the near-to-medium term.

This means the EU and China are unlikely to strike a comprehensive trade deal in the near future, which would effectively establish an economic alliance against the US. The EU is exposed to the American market, and so is mainland China.

Despite the concerns of "trade wars," all parties are expected to seek compromise solutions, even though some customs duties and non-tariff restrictions on each other's trade could remain in place for years to come.

Trump's Trade War to Be Costlier than Feared