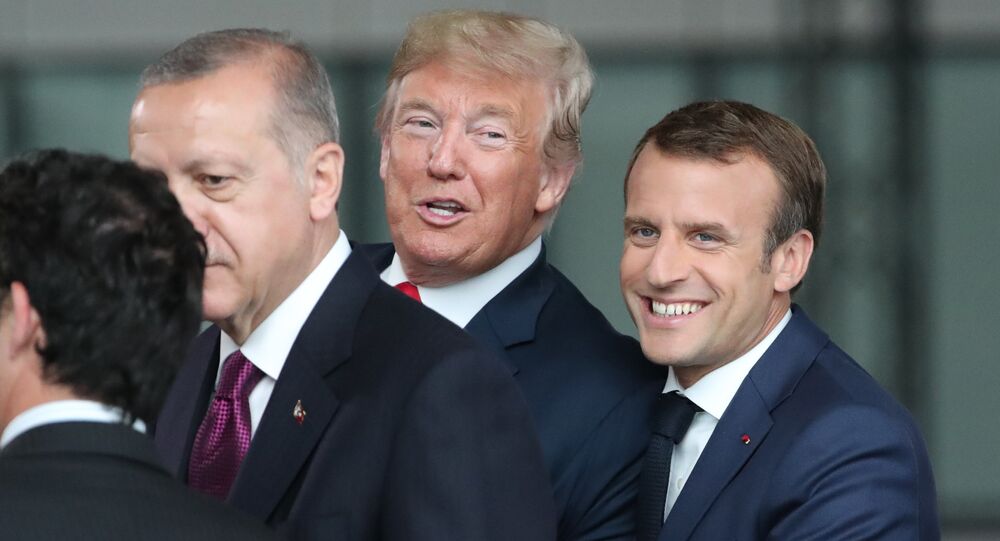 The recent two-day members-only NATO summit in Brussels, devoted to upholding military spending commitments, is over, but has left some issues unresolved, while some answers only led to new questions. Sputnik has summed up the key outcomes of the summit.

As much as Trump wanted his NATO allies to spend 2% of GDP on defense "right now," they have in fact only agreed to start doing so by 2024, although they also came up with terms that would allow them to defer the deadline to 2030 in some cases.

Trump, in his speech, stressed that he is sure that the US' NATO allies will raise their spending in accordance with their commitments. At the same time, he went on to speculate on the possibility of raising the military spending commitment to 4% of GDP, although this idea wasn't broadly endorsed, with French President Emmanuel Macron especially expressing skepticism at the suggested target.

There was one NATO ally that didn't quite promise to raise its spending by 2024 — Canada. At a press conference, Prime Minister Justin Trudeau admitted that his country, which currently spends only 1,4% of GDP on defense, wouldn't be able to reach the 2% spending target by the set deadline. When asked by reporters, Trudeau failed to give an approximate alternative deadline for the 2% goal.

At the same time, the Canadian PM announced that Canada would increase the number of soldiers that it deploys in Latvia under NATO commitments, saying that by March 2023, the number will rise to 540. He also stated that Canada will lead NATO's training and capacity-building mission in Iraq, which began in 2018 and involves some 250 Canadian soldiers.

Trump made another notable statement during a breakfast with NATO head Jens Stoltenberg when he said that Germany was "totally controlled by Russia" due to the fact that it buys gas from Moscow. He slammed the situation as a "very bad thing for NATO" and was quick to offer a solution. Trump reiterated that the US has been offering its own LNG to the European market for some time as a solution to dependence on Russian gas.

The US president also asked why the US is paying for Europe's protection from Russia, while Germany and other countries are paying "billions of dollars" to the country. German Chancellor Angela Merkel was quick to respond, stating that she had seen when half of Germany was controlled by the Soviet Union and that it is now a united and free country, capable of conducting policy independently.