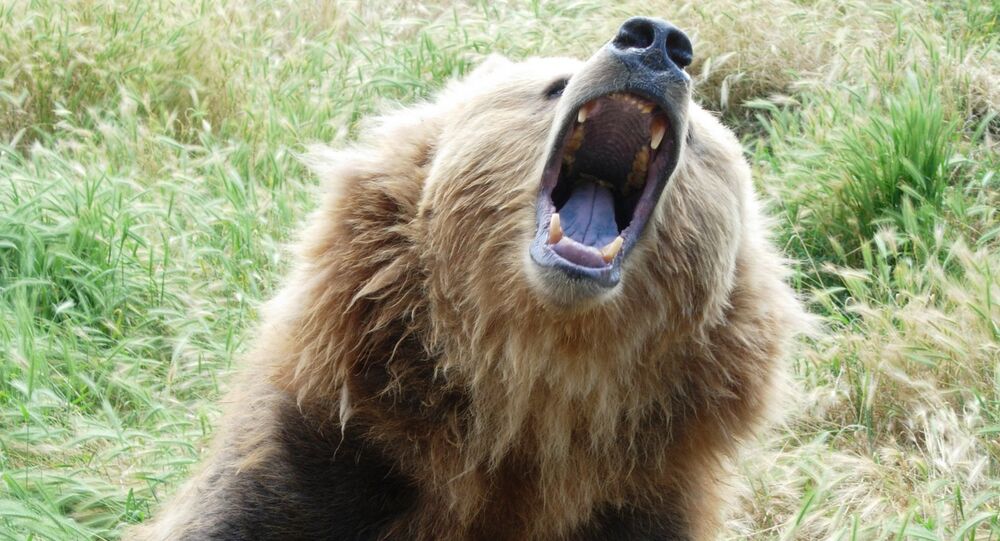 A British Columbia man had a jarring with a bear outside his home, getting charged at, tackled and nearly ripped apart by a mother grizzly after accidentally approaching her cubs.

Jordan Carbery, a 50-year-old park ranger from Bella Coola, BC, is lucky to be alive after getting charged at and attacked by the lumbering bear, who went berserk after seeing Carbery approach her litter, CBC News has reported.

Carbery explained that he didn't even realize that the cubs were cubs until one of them fell off a cherry tree branch. But by then it was too late and the enraged mother bear was already running toward him.

"She had her eyes locked on me and she was coming for me," Carbery recalled from a hospital bed in a Vancouver. "I instantly turned and tried to get back to the house. I was only 40 feet out of the house. All of a sudden I just got tackled from behind and sent flying."

Carbery was picked up by his head, with the bear ripping his skull and throwing him to the ground. She then grabbed him by the thigh and right buttock, picking up and dropping him again and again. The ranger fought back, kicking the grizzly in the face and then standing and taking a swing at her.

"She could have ripped my guts wide open and poked holes in my intestines." A B.C. man feels lucky to be alive after an attack by a mother grizzly bear defending her cubs: https://t.co/NaXxJeMHOy pic.twitter.com/n0pqRrPNBg

"She moved like a prize fighter boxer," Carbery joked. "She ducked her head to the side and I missed. I tried to hit her again and she moved the other way, a quick, sudden move – that was the thing that gave me a little bit of space."

The ranger made it to his rented home, with the bear rushing toward him again as he then limped into his vehicle, driving himself to hospital while trying to remain conscious.

© Photo : YouTube/kronoki.ru
Unbearable Cuteness: Bear Cub Takes Selfie Using Trail Camera
Carbery made it to the local hospital and was later transferred to Vancouver, about 430 km southeast of Bella Coola, where he had surgery for an umbilical hernia. He hopes to be discharged this week.

Carbery stressed that he doesn't even blame the mother grizzly and in fact is grateful that she isn't going to be put down after the incident. "It was me dropping my guard in grizzly country, which you can never do. I did it because I was so close to my house. I learned a big lesson," the ranger emphasized.

Carbery's incredible story, and his nonchalance about the whole thing, has prompted a variety of reactions on social media, with some offering support for the man, while others said they were relieved the bear will be spared, with others just cracking jokes.

I went to high school with him and we are all breathing a sigh of relief he will be ok.
He loves his job, posts many beautiful wildlife photos.
And love his positivity!
Bless you, Jordan Carbery XoXoX

What a SURVIVOR!
WOW!!

Glad he's ok. A friend of mine was attacked in similar fashion in the Yukon years ago but in that case a mother bear was tracked & killed in retribution. (Not necessarily the one who attacked him) I'm glad in this case she was spared.

He barely made it.

So? Did he expect the bear to drive him? She would have needed to get a sitter for the cubs.